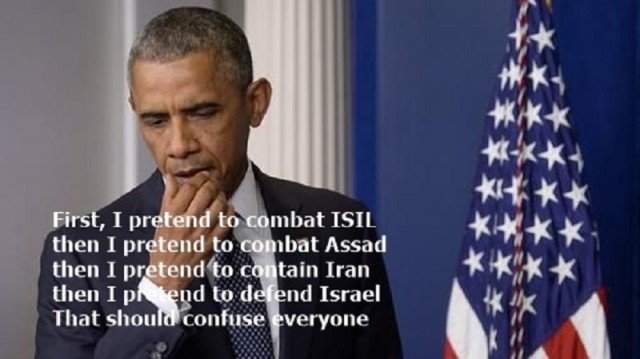 US limited choices to combat terror on both sides

Two stories this week on Syria by CNN and ABC News provide a glimpse of the US limited choices to combat the ISIL terror or for the Assad regime to win this war.

Just over a decade ago in the early years of the insurgency, the Taliban were a hit-and-run force of about 2,000 foot soldiers but as much as efforts to kill them have intensified so have their regenerating capacity, experts say. In 2014, the core Taliban force is estimated at over 60,000, according to Matt Waldman, a Fellow at Harvard’s Kennedy School and an Associate Fellow at Chatham House.

“regenerating capacity” is what IBI’s article is trying to tell us here. It is also telling us of the US limited choices given Obama ‘s detrimental Syrian policy.

Borrowing from Barack Obama’s own colloquy, these folks are not going to be defeated so easily. It took US boots on the ground, tens of US allies, the Northern Alliance, and the might of the US power to defeat the Taliban in 2001; even after its defeat, the terror organization rose from its own ashes to reach the 60,000 levels in 2014.

Muslims worldwide would like to extend a special “thank you” to Barack Obama for his Syrian policy, which incubated a monster in Syria. All this terror just so Obama can claim his glory for an Iranian deal far from its successful denouement. Because of Syria, Obama has permitted America to become a hostage to Iran and a target for ISIL. US limited choices are glaring at us because of this president.

The worst US president does not even come close to describing Barack Obama.

In the meanwhile, Assad’s problems are getting far worse than his regime is leading us to believe.

Iran is recruiting and paying Shia Afghanis to fight in Syria on behalf of Assad. ISIL recruits are willing volunteers, but Assad’s recruits are mercenaries. Want to talk about morale in this war?

There are two reasons I can think of to explain why Iran would be recruiting mercenaries from Afghanistan. Either the Assad forces are exhausted after 44 months of incessant fighting or they, along with Hezbollah’s, are depleted to the point where Assad needs outside immediate help.

Maybe the next story entitled “Syria’s Alawites Pay Heavy Price as They Bury Sons” provides the right answers. Maybe the dissenters in Assad’s camp have finally outnumbered the willing.

Assad is in bad shape and ISIL is just getting started; yet Obama remains adamant about assisting the FSA to defeat both and along the way to defeat Iran. Maybe if Netanyahu announced he no longer have a problem with Iran Obama would finally do the right thing by turning on Khamenei and Assad.

US limited choices to combat terror on both sides

Syria Is Far More Chaotic With Assad Than Without Him
In Syria, Chlorine Attacks Continue To Take A Toll
Obama’s 99% or Assad’s 99%, One and the Same
Opinions 1017 Radicalism 567 Slippery Barack Obama 976 Syrian Revolution 1335