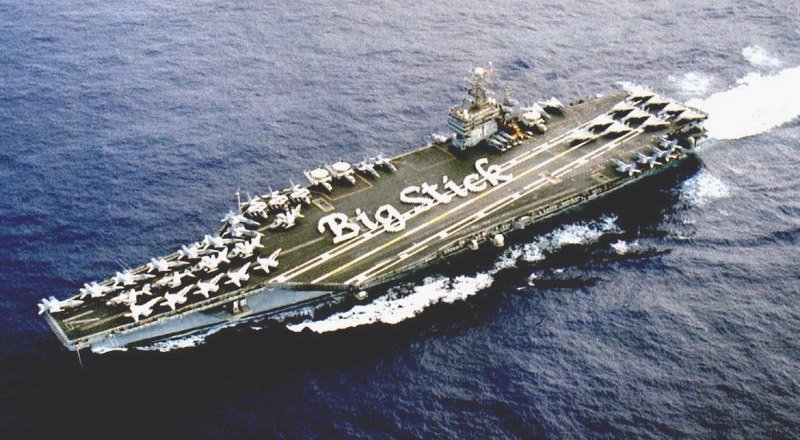 US joins Saudi coalition against the Houthis

The Pentagon announced today it is dispatching the aircraft carrier USS Theodore Roosevelt off the Arabian Sea to intercept weapons deliveries to the Houthis in Yemen Iran has admitted publicly it is supporting. The US will join Pakistan and Egypt, both countries part of the Saudi coalition against the Houthis, already operating in the region.

This new development, when the US joins Saudi coalition, comes on the heels of a telephone conversation that took place between Barack Obama and King Salman of Saudi Arabia three days ago.

How did the Saudis convince Obama to go against Iran in Yemen is a mystery. Whether this latest development when the US joins Saudi coalition against the Houthis is part of a trade-off against Saudi threats to acquire nuclear weapons is unknown at this time, but it seems King Salman and Obama may have found a happy medium. Public Saudi threats to acquire nuclear weapons have been for the most part muted.

Yemen represents the single most important geo-political strategic point for Saudi Arabia. Not only because the country is as fraught with shifting loyalties and dangerous social and political Molotov cocktails, but also because it is very hard to control. Chaos in Yemen could easily spill into Saudi Arabia the way chaos in Syria spills into Lebanon. This makes stability in Yemen a priceless proposition for any Saudi monarch.

One cannot imagine the US armada now heading to Yemen will be a simple observant of events. With this much air power, one has to assume that starving the Houthis from Iranian support is the ultimate aim, which would mean the Captain of the Theodore Roosevelt Daniel C. Grieco has his orders to sink any Iranian ships attempting to deliver any weapons.

As the US joins Saudi coalition in Yemen with its intercepting air power, there is almost a certainty that Iran would test Obama’s resolve in this instance. How and when remains to be seen, but the Iranians will try and break this blockade through some form of psychological warfare. How the US responds to Iranian bullying would be important.

Finally, Obama does something right in the region.

US joins Saudi coalition against the Houthis