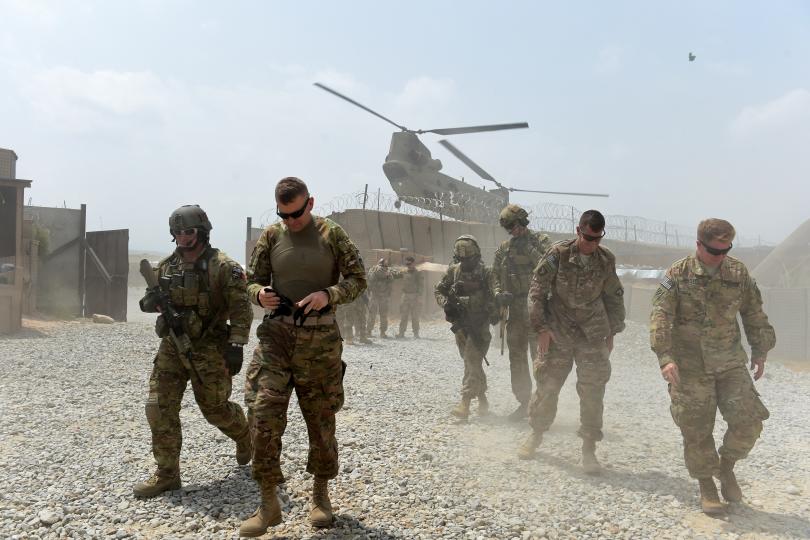 US Disputes Putin’s Claim That Syrian War Is Winding Down

Source: Bloomberg Politics – by Margaret Talev and Ben Holland (US Disputes Putin’s Claim That Syrian War Is Winding Down)

The Syrian conflict is likely to drag on and could reignite into full-scale civil war as long as President Bashar al-Assad remains in power, despite efforts by Russia to paint the conflict as winding down, according to White House officials.

Declarations of victory by Assad’s backers are premature, three White House officials said in a briefing for reporters on Monday. They spoke on condition of anonymity to share internal government assessments of the conflict. The Syrian army is barely able to reimpose authority on territory it has recaptured, even with military support from Russia and Iran, while Assad’s allies can’t afford to rebuild the country, the officials said.

The 6 1/2-year-old conflict in Syria that’s killed at least 400,000 people and generated millions of refugees has entered a new phase, with diplomacy taking center stage as fighting subsides. Islamic State has been driven out of its main strongholds, and the two rival blocs that have been combating the jihadists — the Assad-Russia-Iran alliance, and a coalition headed by the U.S. — are now arguing over the shape of a postwar settlement.

Hosting the leaders of Iran and Turkey at the Black Sea resort of Sochi last month, Russian President Vladimir Putin declared there’s a “real chance” to end the war, saying “the militants in Syria have been dealt a decisive blow.” Russia’s intervention in the war two years ago turned the tide of the conflict in Assad’s favor.

Putin plans to invite all Syrian factions to a congress in Sochi early next year. Meanwhile, United Nations-brokered talks in Geneva — which have been under way since the civil war’s early years, though they’ve produced few results — resumed last week.

It’s only the Geneva talks that can lead to a sustainable settlement, the U.S. officials said. A separate Russian-led process is pointless unless it contributes to that goal, and looks instead like a quick-fix arrangement to leave Assad in power and get someone else to foot the bill for reconstruction, they argued.

The flaw in that approach, the White House contends, is that Assad lacks the means to control the territory that’s nominally back under his control, while his main allies can’t afford to pick up a bill for reconstruction that may total several hundred billion dollars. Syria under Assad remains cut off from the world economy and subject to sanctions by the UN, U.S. and European Union. America and its EU allies are in agreement that there shouldn’t be any international funding for rebuilding in the Assad-controlled part of Syria, the officials said.

The question of Assad’s future has overshadowed all other sticking points in the Syrian talks, and has already caused a breakdown at the latest round in Geneva. The U.S. and its European and Arab partners have spent years insisting on his departure. Yet as Russian support swung the war in the Syrian president’s favor, the ‘Assad-must-go’ coalition was left without any obvious means of making that happen.

The Syrian faction that controls the largest amount of territory, besides Assad’s government, are America’s Kurdish allies. As the war against Islamic State winds down, some U.S. troops are set to stay on to help the Kurds consolidate their gains.

They may also help push back against Iranian influence. The U.S. officials said it’s a priority to stop Iran and its proxies from entrenching in Syria and posing a threat to American allies, though they wouldn’t go into detail about how that can be achieved.

Topping that list is Israel, which says it’s ready to take military action of its own to combat Iran’s growing clout in the neighboring country. Last week, Israel carried out an air strike on a military base near Damascus, according to Arab media.

US Disputes Putin’s Claim That Syrian War Is Winding Down