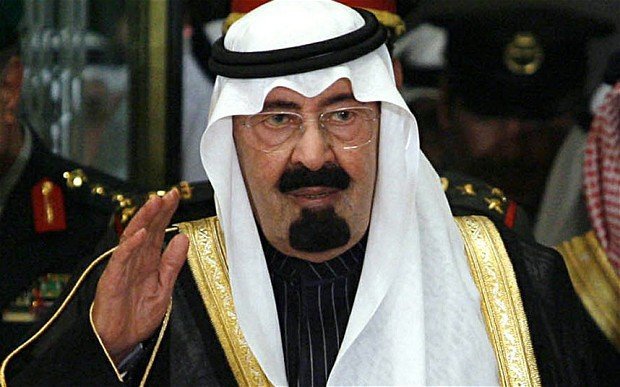 U.S. Secretary of State John Kerry sought on Monday to calm rising tensions with Saudi Arabia, which has spurned a U.N. Security Council seat in fury at inaction over the crisis in Syria.

Saudi Arabia rejected a coveted two-year term on the council on Friday in a rare display of anger over what it called “double standards” at the United Nations. Its stance won praise from its Gulf Arab allies and Egypt.

Saudi Foreign Minister Prince Saud al-Faisal hosted a lunch for Kerry at his private residence in Paris on Monday. U.S. officials said Washington and Riyadh shared the goals of a nuclear-free Iran, an end to Syria’s civil war and a stable Egypt, but acknowledged they do not agree on how to reach them.

“We expect they’ll have a substantive, a far-ranging conversation about all of those issues, areas where they disagree, areas where perhaps we can come closer together,” a senior State Department official told reporters before the lunch.

The official, speaking on condition of anonymity, said Kerry would not try to persuade the Saudis to reverse their rejection of a seat on the Security Council but would cite the advantages of being on the 15-member body, which can authorize military action, impose sanctions and set up peacekeeping operations.

“It does give you a voice even when you have frustrations,” the U.S. official said. “It’s their decision to make.”

The council has been paralyzed over the 31-month-old Syria conflict, with permanent members Russia and China repeatedly blocking measures to condemn Syria’s Assad, a longtime ally of Riyadh’s regional arch-rival Iran.

Saudi anger with Russia and China now extends to the United States, not only over Syria, but also over Washington’s acquiescence in the fall of Egypt’s Hosni Mubarak in 2011 and its new quest for a nuclear deal with Iran.

No country has previously been elected to the council and then walked away. As an incoming member, Saudi Arabia would have taken up its seat on January 1 for a two-year term. Riyadh demanded unspecified reforms in the world’s top security institution.

Saudi anger boiled over after the United States dropped the threat of military strikes in response to a poison gas attack in Damascus in August by agreeing to give up his chemical arsenal.

Saudi Arabia was also concerned about signs of a tentative reconciliation between Washington and Tehran, something Riyadh fears may lead to a “grand bargain” on the Iranian nuclear program that leaves it at a disadvantage.

Expressions of support for Saudi Arabia from its Gulf allies contained no overt criticism of U.S. policy, but echoed the kingdom’s complaints about the Security Council’s failure to end the war in Syria and resolve the Israeli-Palestinian dispute.

Kuwait shares Riyadh’s pain, Foreign Ministry Undersecretary Khaled al-Jarallah said, citing the “bloody massacres” in Syria and the “suffering of the Palestinian people”. He said the Saudi rejection of a council seat had sent a message to the world.

Plaudits also came from Cairo, which was promised billions of dollars in aid from Saudi Arabia, Kuwait and the United Arab Emirates in July after the army ousted Mohamed Mursi. Most Gulf states view his Muslim Brotherhood with suspicion.

By contrast, Washington has cut aid to Egypt’s military.

“This brave Saudi position is favored with all of Egypt’s respect and appreciation,” Foreign Minister Nabil Fahmy said in a statement.

The Egyptian head of the Cairo-based Arab League, Nabil Elaraby, also said Riyadh had every right to protest against the management of the Security Council, which he said should rethink the veto-wielding powers of its five permanent members.

The Saudi decision has handed the U.N. secretary-general and the permanent council members “historic responsibility to review the role of the United Nations, its powers and its charter,” UAE Foreign Minister Sheikh Abdullah bin Zayed al-Nahayan said.

Bahrain praised Riyadh’s “clear and courageous stand”, while Qatar suggested it could shake the world out of complacency.

Addressing his Saudi counterpart, Qatar’s Foreign Minister Khalid bin Mohamed al-Attiyah wrote on Twitter: “When you are angry, you send the world into disarray, so thank you.”