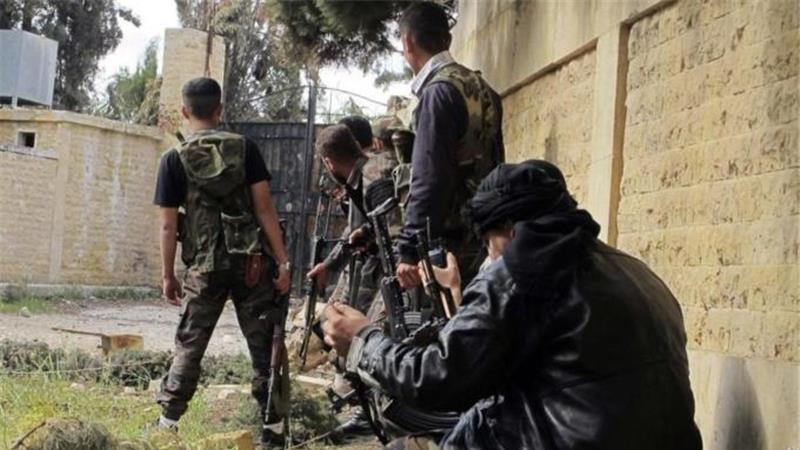 (Beirut) – United Nations experts are investigating allegations that rebels killed dozens of Syrian soldiers in a village near Aleppo after they captured it from government troops, an incident that could amount to a war crime, the world body’s human rights chief said Friday.

Navi Pillay said in a statement that a U.N team in the region is looking into reports about killings that followed the battle in Khan al-Assal in July. Pillay said the team has examined activists’ videos and collected accounts from people in Aleppo on an incident that she called “deeply shocking.”

While abuses by troops loyal to President Bashar Assad have been systematic and widespread throughout the two-year conflict, human rights groups have said the frequency and scale of rebel abuses also has increased in recent months. Specific allegations against opposition fighters include claims that rebels have routinely killed captured soldiers and suspected regime informers.

Rebels say any such violations are condemned and an unfortunate result of the brutal regime crackdown.

In a letter to the U.N. Security Council obtained Friday by The Associated Press, the opposition Syrian National Coalition urged council members to “take immediate steps to refer the Syrian case to the International Criminal Court,” the world’s permanent war crimes tribunal.

“Only by holding the violators of human rights accountable for their crime will the violence in Syria end,” said the letter dated Aug. 1 and signed by the coalition’s U.N. representative, Najib Ghadbian.

The letter made no mention of Khan al-Assal, but it “condemns all atrocities committed by all parties” and reiterates the coalition’s pledge to assist the U.N. commission investigating human rights abuses in Syria, “including in liberated areas.”

The coalition noted Monday’s statement by Paulo Pinheiro, head of the U.N. commission investigating human rights abuses in Syria, to the U.N. General Assembly saying “massacres and other unlawful killings are perpetrated with impunity” ”” most by pro-government forces and some by anti-government armed groups.

The capturing of Khan al-Assal on July 21 was a rare success for the opposition, one overshadowed by activists’ claims that rebels had killed 150 government soldiers after taking the village. Some of the soldiers who were killed had surrendered to the rebels, the Britain-based Observatory for Human Rights reported.

In a statement issued in Geneva on Friday, Pillay said two of the videos the U.N. team reviewed apparently show government soldiers being ordered to lie on the ground, while another shows several bodies scattered along a wall and a number of bodies at an adjacent site.

Preliminary findings of the U.N. probe also suggests that armed opposition groups, in one incident documented by video, executed at least 30 individuals, the majority of whom appeared to be soldiers, Pillay said.

“These images, if verified, suggest that executions were committed in Khan Al-Assal,” Pillay said. She called for a “thorough independent investigation to establish whether war crimes have been committed.”

She also warned that opposition forces “should not think they are immune from prosecution.”

Syria’s main opposition bloc last week condemned the killings and blamed them on “armed groups” not affiliated with the Western-backed Syrian National Coalition. The umbrella group of opposition fighters is known as The Free Syrian Army. Although rebel groups ”” including the radical Islamic ones ”” share a common goal of toppling Assad, they operate independently on the battlefield. Islamic factions have been gaining influence and groups such as the al Qaeda-linked Jabhat al-Nusra front have led major battles in the past year.

In a statement last week, the Nusra Front confirmed its fighters had participated in the battle for Khan al-Assal. The group has not claimed responsibility for the soldiers’ killings, though it did confirm that 150 soldiers, pro-government gunmen and Shiite militiamen were killed in Khan al-Assal.

More than 100,000 people have been killed since March 2011 when crisis started with largely peaceful protests against Assad’s rule. It turned into civil war after opposition supporters took up arms to fight a brutal government crackdown on dissent. Millions have been fled their homes, with some seeking shelter in more peaceful parts of Syria and more than a million fled into neighboring countries.

U.N. humanitarian chief Valerie Amos decried the continuing failure by the government and opposition to protect civilians across Syria, which she said means “women, men and children continue to be killed, injured and displaced across the country. ”

“Thousands of people are trapped in areas besieged by government forces and opposition groups,” she said in a statement. “Hundreds have reportedly been killed, injured or taken hostage in attacks in Homs, Aleppo and other areas of Syria in the last two days alone.”

Amos said humanitarian workers are risking their lives to help but people are being prevented from getting basic assistance, including food, drinking water and medical care.

Specifically, in the central city of Homs, new checkpoints are stopping supplies from entering the hard-hit area, said Anthony Lake, executive director of UNICEF. Lake said in a statement that vegetables, milk and other essentials are in “increasingly short supply” and his own agency’s supplies will run out in days.

“Cannot all those involved agree that the innocent women and children in Homs, and across Syria, should be spared all possible suffering?” he asked.

In the latest cycle of rebel-on-rebel violence, 12 Islamic fighters were killed in fighting between Kurdish opposition fighters and rebels linked to al Qaeda, the Observatory said Friday. The clashes took place in the northeastern Hassakeh province, the Observatory said. It added that the dead were all members of two al Qaeda linked groups, the Islamic State of Iraq and the Levant and the Nusra Front.

Rival rebels groups ”” mostly Islamic groups and Kurdish gunmen ”” frequently have clashed in northern in Syria over control of territory along the border with Turkey that fighters captured from regime troops over the past year.

Earlier this week, the infighting turned into a war within a war after a powerful Kurdish militia called on its supporters to fight al Qaeda-affiliated groups to avenge the recent killing of a prominent political leader.

Amiri for the 3 Americans? Or is Amiri a Plant?
Syria Needs Its Own Rafik Hariri, Alternative to Assad
What Will Happen to Syria’s Weapons?
Syrian Revolution 1350

Loading...
Newer Post
Across Forbidden Border, Doctors in Israel Quietly Tend to Syria’s Wounded
Older Post
In an ICU on the Israel-Syria border, ‘we’re seeing war on these kids’