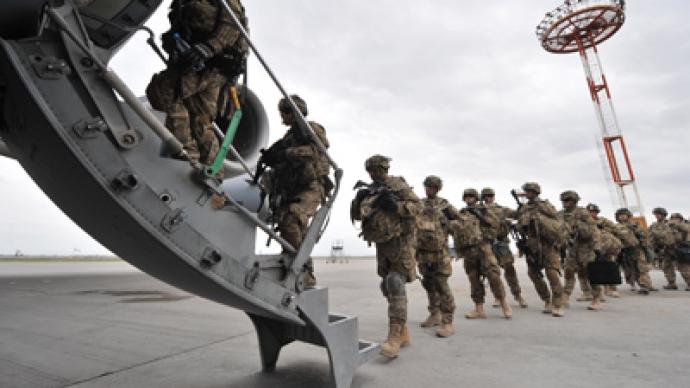 A Tale of Two Surges by Two Presidents

June 1, 2013 6:49 am 0
Please Sign Memo Against the Iran Deal
Saudi Arabia Retaliates by Bombing Iranian Embassy in Yemen
Russian Syrian Campaign Is to Commit Crimes Against Humanity, Not Defeat ISIS

Consider President George Bush intentional surge of US troops presence in Iraq in 2007 aimed at battling terror in Baghdad and in al-Anbar Province as compared to the intentional surge in terror and extremism in Syria, Iraq, Egypt, Libya and Tunisia that resulted from the policies of President Barack Obama. This is the tale of two surges by two different presidents.

While President Bush engineered his surge to limit terror, President Obama engineered a policy that led to a surge of terror and extremism in the region. The difference clearly resides in the notion of whether one president wanted to fight terror and another who let terror run rampant. Two surges each with opposing goals.

However, how can this be reconciled with the fact that the killing of Osama Bin Laden in Pakistan and the use of drones, ordered by Obama himself, that have killed many Islamist extremists during the last four years? Why would a president challenge terror diligently on one front but allow terror to fester on another?

We can think of few plausible explanations.

Is it possible Obama’s understanding of international affairs is so misguided to the point of not fully grasping the consequences of boiling kettles in the Middle East?

Is it possible he refuses to accept that his speech to the Muslim world in Cairo in 2009 has failed to appease extremism? Judging by the response of his administration on Benghazi, this explanation seems credible enough.

Is it possible Obama is not interested in the defeat of Assad for reasons that remain mysterious to all of us beyond pleasing Iran?

Is it possible Obama wants to empower Iran to stir organized terror in the region to threaten Israel?

We find it strange that a US President orders US allies not to send potent weapons to Syrians to defend themselves, not only to defeat Assad the most destabilizing dictator, but also to defeat Hezbollah and Iran as a bonus. We are speaking at a time long before extremist and terror groups started flowing into Syria. This is beyond US boots or US aid for Syria. This smells as if Obama has taken sides secretly.

Which has a higher priority for Obama, more stability in the region or more pressure on Israel?

The agenda of President Obama mystifies many. It is raising many doubts as questions like these are asked with no clear answers.

If it is simple incompetence, then the American people have learned a lesson not to vote for a president who is learning on the job using dirty Chicago politics to ram through an imprudent agenda.

If it is more sinister, then we have no choice but to ask the tough questions. The scandals brewing in Washington coming one after the other should be quite alarming to everyone. We cannot recall any other president battling three scandals all at once, each in its own right show an administration intent on muzzling the voices of the people who may question it or oppose it. Just like a curtain descending.

A Tale of Two Surges by Two Presidents