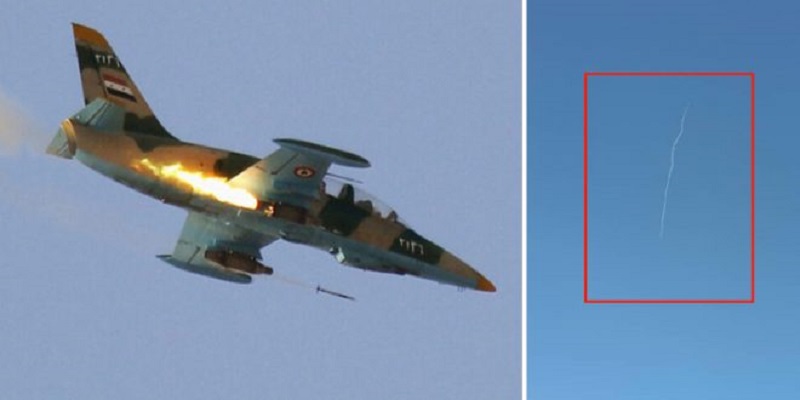 Turkey shot down a third Assad warplane on Tuesday over northwest Syria, where fighting has intensified in recent days. The latest fighting brought Turkish and Russian forces close to direct conflict over Putin bombing civilians to drive them towards Turkey.

It was the third Syrian warplane Turkey has shot down since Sunday in an escalating campaign against Assad. NATO-member Turkey supports the rebels, while Assad relies on his superpower ally Russia. The majority of the Syrian people want Assad prosecuted for his crimes against humanity.

With more than a million refugees amassing since December on the Turkish border, the battle for Syria’s Idlib province has brought what the United Nations fears might be the worst humanitarian crisis of the nine-year-old Syrian civil war.

This relief operation has been overwhelmed. There needs to be more of everything. The first thing is money.

The Arab Gulf countries have not stepped up to assist because President Vladimir Putin has corralled them to support Assad. Syria’s civil war is symbolic of an angry Arab street against corrupt and violent Arab rulers. Many fighters went haywire by going extremist when President Obama ignored their pain and suffering.

Fighting was raging north of the strategic crossroads town of Saraqeb, recaptured on Monday by Syrian troops. The town has traded hands several times. It controls access to Idlib and Aleppo.

Syrian state media said the army was now combing the town and had dealt heavy blows to fighters still holed up in hideouts on its outskirts. A state television correspondent said Turkey was firing artillery to halt the government advance.

Rebels said thousands of Iranian-backed Lebanese are fighting along side the Assad forces; in addition to Iraqi Militias subject to Iranian influence.

A Syrian general who has defected to the opposition, Ahmad Rahhal, said a Russian announcement on Monday that it had deployed military police in Saraqeb was aimed at blocking Turkey from trying to help rebels reclaim the town.

Turkey has sent thousands of troops and armored vehicles into northern Syria over the past month to fight back against Assad. Last week, a Syrian air strike killed at least 34 Turkish soldiers in the deadliest attack on the Turkish army in decades.

Moscow, which has anti-aircraft missiles in Syria, has since warned Turkey that it cannot guarantee the safety of Turkish planes in Syrian skies.

The opposition says Assad and Russian forces are deliberately attacking civilians to provoke them to flee.

Turkish President Tayyip Erdogan and Russia’s Vladimir Putin are due to meet on Thursday. Asked about the prospect of direct clashes with Turkey, Kremlin spokesman Dmitry Peskov told reporters: “We hope that we’re able to absolutely minimize this risk thanks to the close contact between the two countries’ militaries.”

Turkey, already home to 3.6 million Syrian refugees, says it cannot take any more. It wants to push Assad’s forces back to lines agreed in a 2017 deal it brokered with with Russia and Iran.

Since last week, Turkey has thrown open its frontiers with Greece and Bulgaria to allow migrants to enter the EU. It was a move apparently aimed at putting pressure on European countries to back it in Syria.

Some 10,000 migrants have tried to cross into Greece by land in recent days. More than 1,000 have arrived by sea at Greek islands, creating fears of a repeat of the 2015-2016 migration crisis back then, more than 1 million people crossed into Greece and 4,000 drowned in the Aegean.

The opposition says Syrian government forces are deliberately attacking civilians to provoke them to flee.

The Syrian army fired rockets on a residential quarter of Idlib city. It left at least nine civilians dead, including five children, according to Osama Idlibi, a rescuer in the opposition-run Syrian Civil Defense.

Overnight Russian and Syrian jets killed at least 10 civilians in the town of Al Foah. Residents said it was a spike in strikes on several towns, including Binish and the outskirts of Tatanaz in Idlib province.

U.S. Ambassador to the United Nations Kelly Craft, in Turkey inspecting the relief efforts, announced $180 million in additional funding for the humanitarian crisis in Idlib.

Humanitarian aid is only a response but the solution is an immediate ceasefire. This is not something that just happened. This is planned by the Assad regime. It is cruel and brutal.