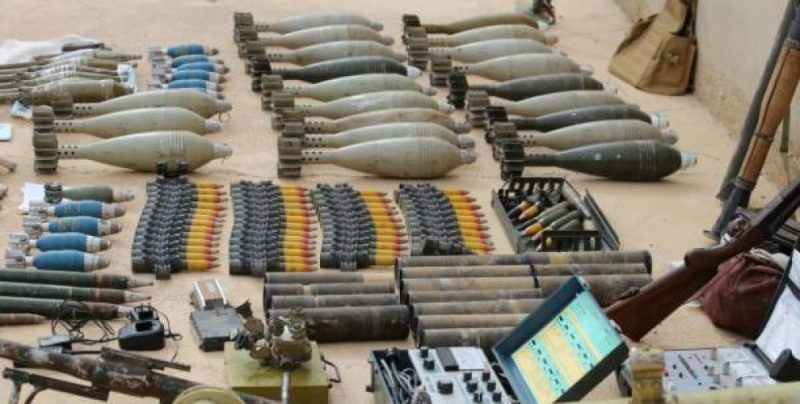 September 12, 2018 10:49 am 0
Neither Russia Nor Iran Can Be Part of the Syrian Solution
Arm the Rebels, Deploy a No-Fly, No-Go Zones to Protect the Minorities
Saudi Arabia Retaliates by Bombing Iranian Embassy in Yemen

In a Reuters exclusive showing Turkey flexing muscles in Syria, the agency said that the majority Muslim Sunni country has stepped up arms supplies to Muslim Sunni Syrian rebels to help them stave off an expected offensive by the Syrian army and its Eastern Orthodox Russian and Muslim Shia Iran-backed allies in the northwest near the Turkish frontier.

The Christian Orthodox Church has been at war with Turkey since the occupation of Constantinople in 1453 (A.D.). The Shia – Sunni Muslims have been at war against each since 632 (A.D.)

Senior rebel officials said Turkey had sent more military aid to rebels in and around the Idlib region. A summit meeting with Iran and Russia last week failed to agree a deal to avert a government offensive. Obviously, Turkey flexing muscles against the Assad regime.

Turkey, which is already hosting 3.5 million Syrian refugees, is warning against such an attack. The country fears it could force more Syrians over the border. President Tayyip Erdogan has warned of a humanitarian disaster and security risks for Turkey.

An FSA commander, part of the moderate rebel group in Syria Chemical Assad is trying to decimate, said:

They pledged complete Turkish military support for a long, protracted battle. These arms supplies and munitions will allow the battle to extend and ensure our supplies are not drained in a war of attrition.

The weapons, which have entered Syria in large quantities in recent days, include ammunition and GRAD rockets.

Meanwhile, Turkish intelligence agents in an operation in Syria have captured a man wanted over a deadly 2013 bomb attack. The spy agency brought him back to Turkey for questioning.

Turkey captured Yusuf Nazik, a main suspect in the attack, in Syria’s government-controlled Latikia province. He is wanted for allegedly planning and organizing two car bombs that killed 53 people in the town of Reyhanli, near the border with Syria.

Turkey had accused Damascus of being behind the explosions. It blamed them on a Turkish Marxist group with alleged links to Syria’s intelligence agency.

The bombings came as Turkey sided with Syria’s opposition against Chemical Assad, hosting political opponents and rebel commanders and sheltering Syrian refugees who fled the conflict.

Anadolu agency reported that during his initial questioning, Nazik confessed that he had received instructions from Syrian intelligence units to carry out an attack on Turkish soil, that he had staked out possible targets, had smuggled explosives from Syria into Turkey and organized the car bombs.

Turkish television aired a video recording showing Nazik, standing next to a Turkish flag, confessing his responsibility in the attack. Furthermore, Nazik also admitted that the Syrian intelligence provided him with instructions.

He called on others wanted over the attack to give themselves up. In the video, he also warned the Syrian government that “Turkey will certainly bring you to account.”

Armed with this knowledge, Turkey could declare war against Syria to defend herself from the Assad terror. Under NATO rules, the United States would have to defend Turkey.