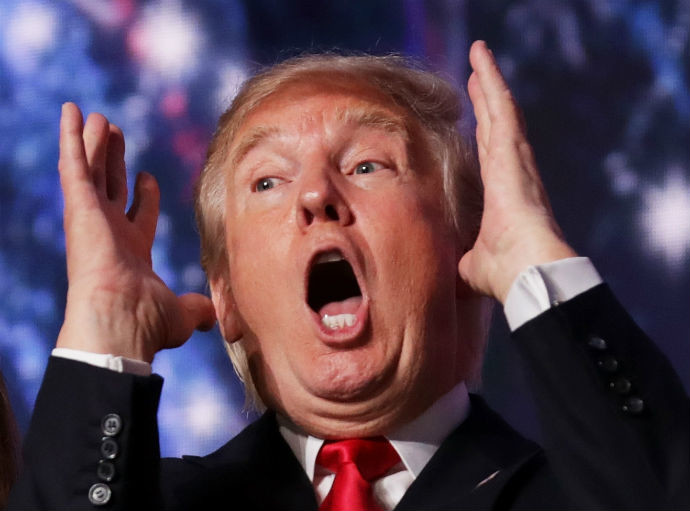 There is no doubt, absolutely none, that U.S. Officials working in the Trump Administration carry the burden of his illegal behavior. Many have covered for him, and some already have found their way to jail. Work for Trump at your own peril as Trump trouble bubble will eventually suck the oxygen out of your political life.

With the exception of one or two, many of the officials working for Trump are honorable U.S. citizens with a stellar past history serving their country. Regardless whether we agree with their policies or ideologies. But once they enter the Trump trouble bubble, they all seem to feel the sting because the President’s behavior leads them down the path to cover-ups, illegal conduct, and outright criminality.

The Russian probe yielded led many to suffer the same pariah status as those aides to Nixon suffered after the Watergate scandal. Many of them did nothing wrong except cover up for Donald Trump by lying to the F.B.I to protect his presidency. Some who finagled their way out of trouble did so by turning on Trump.

The latest probe into the Ukraine phone call is going to yield even more victims. Trump is toxic in every sense of the word. If he does not purposely break the law, he is not smart enough to avoid any entrapment.

Congress has already set its eyes on several top advisers working for Trump that Speaker Nancy Pelosi believes are involved in a large cover-up. It will all come out soon during testimonies on the hill and in timely leaks.

Topping that list will be Mayor Rudolph Giuliani. He has replaced Michael Cohen as the lawyer to-go-to for the President. With one exception. Giuliani’s portfolio covers political as well as personal matters. The man who stood so courageously for New York after the 9/11 attack suddenly finds his own peril working for Donald Trump. The Trump trouble bubble caught up with him.

Another victim might be Mike Pompeo, our Secretary of State whose work on Iran is nothing short of miraculous. The man orbiting Trump trouble bubble may yet exemplify the tale of power hungry Dionysius failing to see Damocles sword. It will be a sad day in Washington if Pompeo’s exemplary tenure ends with an indictment and disgrace. We just can’t say enough about his toughness against the Ayatollahs in Tehran.

Pelosi’s net might also snare AG William Barr she claimed he has “Gone rogue”. Barr tried to save Trump from the Russian probe but today he finds himself smack inside the Trump trouble bubble, not out looking in. Below is a video of Speaker Pelosi going after Barr.

How many remember Clinton’s impeachment over a sex scandal? The whole impeachment was the result of a sitting President lying under oath and obstructing justice. Nothing even comes close to Trump’s impeachment offenses we are witnessing today. One dealt with sex, a private matter between a wife and a husband, and the other deals with a President holding US taxpayers to shake down a foreign leader to investigate his presidential opponent. The difference is simply mind boggling. One is a social issue that led to lying, and the other is a national security issue that endangers our democracy leading to what looks like a cover-up.

Hello? Is anyone home?

Donald Trump is an embarrassment anyway you look at him. Yes, he has initiated some good policies and helped the economy thrust as if on steroids, but for many, this ain’t worth endangering our country and democracy for. Add to that his provocative racist remarks and impeachment seems the absolute right road to take.

Even when Republican foreign policy seems to be on-target than the awful one previously witnessed under Joe Biden. One man foreign policy reputation cannot be on the same podium as that of the country’s security and democracy.