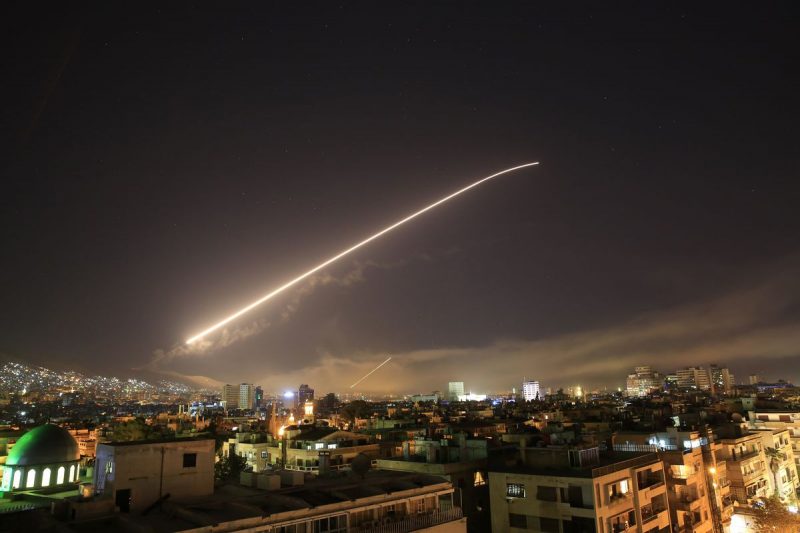 Do you remember the day in April when President Trump blew a red lipstick kiss to Baschar al-Assad? It happened by limiting the American bombing campaign against his regime for gassing his own people? The whole effort reeked of “I am not Barack Obama” except Trump Syria red line looked more like Trump blew a red lipstick kiss rather than administer a real punishment against the sociopathic madman.

Trump’s meatless showmanship is coming back to haunt him.

Tensions between the nuclear powers flared after National Security Adviser John Bolton told his Russian counterpart, Nikolai Patrushev, that the US has information Syrian Bashar al-Assad may be preparing to use chemical weapons to recapture the northwestern province of Idlib from rebels.

Had Trump really bombed Assad for one week non-stop, John Bolton would not be threatening the Russians, and Assad would not be planning another gassing massacre.

Trump blew a red lipstick kiss at Assad, and the U.S. has to figure out whether the Russians take Bolton’s threats seriously. The Trump Syria red line Micky Mouse bombing campaign was a failure of colossal proportions.

The Russians fired back:

We caution Washington against another military escapade. When things don’t turn out the way the US and its allies want, then new provocations are prepared.

Lost in translation is the little fact that the Russians want everyone to stay quiet as it helps Assad use chemical weapons against the three million Syrians now living in Idlib. Putin wants the world to stand down as he commits crimes against humanity.

When will Washington and the Israelis get it? Assad will not stop his terror, his chemical attacks, and his resistance to America and its allies. If you follow the mental history of the Assad family, you will find evidence of sociopathic behavior. By all three clowns Hafez, Maher, and Baschar.

The three clowns are too dangerous to leave it to “The devil we know” routine.