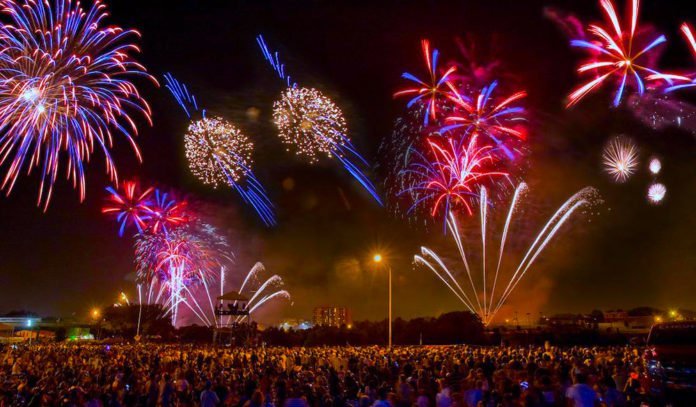 Being the narcissist that he is, Trump jumped from his bed at 3:00am this morning with a brilliant idea. Why not establish few days a year for America to celebrate to honor his presidency? You know, like a military parade! Except they are celebrated every year. That way, no American will ever forget him. So, Donald grabbed a pen and a pad and wrote in big capital letters: Trump Proposes Celebration Days in His Honor.

Selecting the dates was tricky. They must represent everything Trump. The day he inaugurated the Trump Tower in New York maybe? Or the day he bought the Miss America Pageant? Or the day he announced running for President? All good, Trump thought to himself. So, he started jotting the following the list of what Trump Proposes Celebration Days in His Honor would be:

On Martin Luther King Birthday, would now become “Save a White Man from Police Brutality Day”

He felt good about this one because he would be considered a hero by all the white folks in America for saving their lives.

He was tickled pink over this one because his housewives supporters would love him for giving stormy weathers its due credibility.

On the Fourth of July, would now also become, “Destroy the Wall You Built for Your Mexican Housekeeper Day”

The ones America built in their backyards during the Barack Obama era for their Mexican housekeepers and gardeners to jump over every time they came to work. Shame on America for thinking walls, Trump thought.

On Mueller Investigation Anniversary day, would now also become “You Are Not Fired Day”

Trump believed no employer should fire anyone as honorable as Robert Mueller has been to his investigation. Trump loves Mueller so much.

In honor of Vlad actually refusing to hack Hillary’s emails. What an honorable man Putin has been, Trump thought to himself.

On Veteran’s Day, would now become “Give Putin a Dollar Day”

For all of our Veterans to pay back Russia for fighting in WWII. Even though Trump hates Putin.

There you have it folks. If you wake up tomorrow morning with several tweets from the President about celebrating few more days a year in his honor, you got the scoop what those days might be named from us first.