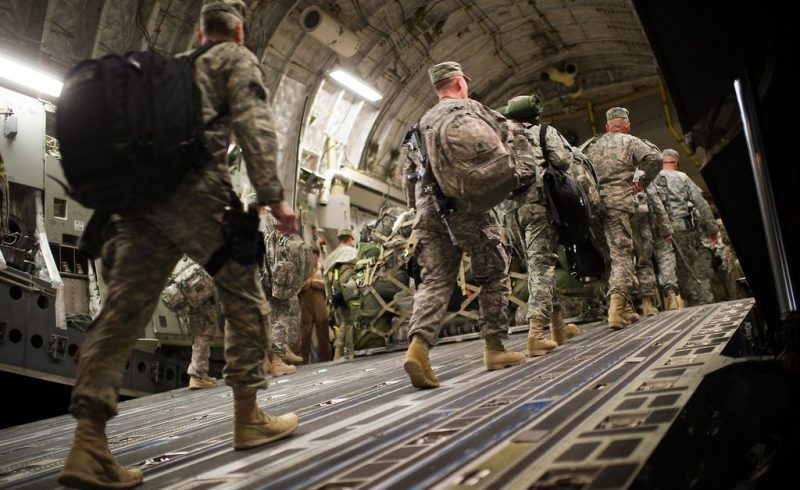 As Trump declared, during one of his go-to-the-people rallies, he wants the United States out of Syria. The decision does not seem to sit well with many advisers and the Pentagon brass. Here is Trump leaving Syria winners and losers math.

According to officials familiar with the preparations for the meeting, Trump’s entire national security team, including CIA chief Mike Pompeo, who has been nominated to be the next secretary of state, strongly advised against a hasty withdrawal from Syria. The officials spoke on condition of anonymity to discuss internal talks.

While Trump’s Libertarian instincts drive the discussion, we believe no one has worked the Trump leaving Syria winners and losers math in this formula. Every country sees it from its own perspective. We see it from everyone’s perspective.

Baschar al-Assad: The most despised man around the world is the biggest winner. Not only does he escape the hangman’s noose for killing 600,000 of his own people, and gas innocent civilians, but he gets to keep on doing it in the future. If there was little accountability for his actions, it now turns into zero accountability.

Vladimir Putin: By winning the war for Baschar al-Assad (while Barack Obama played golf), Putin earned the right to access the Mediterranean warm waters with a port in Tartous. His military foothold in the Middle East, in conjunction with a rising military spending, should be a cause for concern.

Ayatollah Khamenei: The octogenarian policies of terror spreading his extreme Shia ideology across Arab lands is paying off handsomely. Khamenei gets two American gifts for his birthday in the form of Barack Obama and now Donald Trump. Both presidents are making it easier for Iran to sow chaos and mayhem in a volatile region.

Recep Erdogan: The Turkish Khalifa can rest easy knowing that any Kurdish aspirations for an independent Kurdish State in Syria are sure to die with a quick American exit. Turkey, under Erdogan, is a Muslim NATO country with more in common to other extremist Muslim nations than Europe.

Israel: Although the Israeli mindset is self-reliance when it comes to self-defense, an American footprint in Syria provides a certain comfort level. This small nation is on its own to face the terror of the Shia and the Sunni Muslim extremists. Most intriguing though is Israel’s silence on Trump’s Syrian inclinations. Israel is either lobbying quietly for Trump to change his mind, or it struck some kind of secret agreement with Iran. Iran gets free foot in Syria in return for Israel’s security. The latter is highly unlikely, but possible. If not, then Trump, like Obama, seems to have abandoned Israel as well.

The Kurdish Fighters: The Syrian Democratic Forces, mostly formed with Kurdish fighters, have sacrificed blood and tears to defeat ISIS. With the understanding their forces will eventually settle and protect a Kurdish region some of our allies were pushing for. Instead, a NATO ally defeated the Kurds while the United States took to the sidelines in favor of its NATO interests.

Saudi Arabia: The Kingdom’s losses are limited because it really lost Syria during the Obama era. However, like Israel, the Saudis get some comfort from knowing America is fully engaged in the Middle East. Saudi Arabia’s real threat is Yemen where it is fighting a vicious enemy supported fully by the Khamenei terror.

Loading...
Newer Post
Is Trump Syria Withdrawal Imitating Putin Past Hollow Withdrawals?
Older Post
Why Should Saudi Arabia Stabilize Syria Without a Seat at the Table?