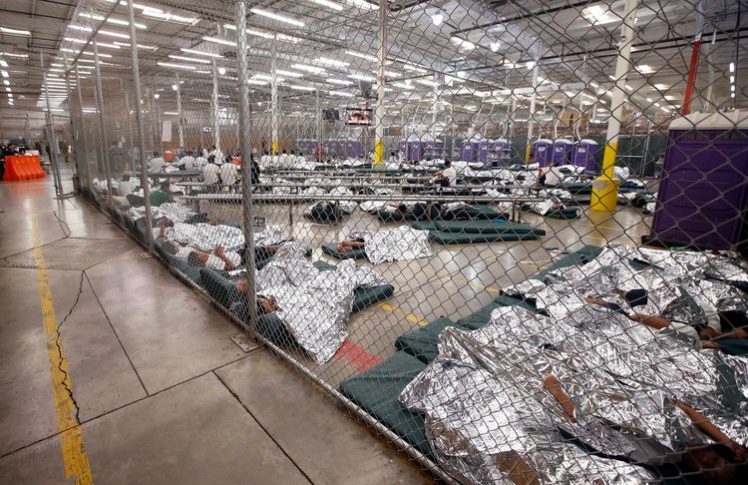 July 20, 2019 5:25 am 0
Who is Forcing Whom to the Negotiating Table?
The United States Faces Two Quagmires
America Paying Steep Price For Non Intervention Policies

Falafel heard the rumor, which he did not believe at first. That Trump intends to de-naturalize non white US citizens in a process to reverse what the census data indicated: That white America would become a minority by 2046.

To delay that process, Trump can implement one of two plans Falafel thought to himself. One is to force minority women to remove their ovaries or to de-naturalize US citizens and send them back to their crime-infested countries. It is far easier to catch naturalized US citizens than the illegal brown people.

The former plan was too extreme even by Trump’s standards. Although he would be the man to do it since he originated from Germany.

Without further delay, Falafel calls Donny on his cell phone to inquire.

Trump: You caught me off guard Falafel. Who told you about my plan?

Falafel: Half of Washington is talking about it Mr. President. So, it’s true?

Trump: How else can I stop us whites from becoming a minority in this country? I mean the ovaries extraction plan sounds great but women won’t let me touch them if I carry out that plan. I have no choice but to de-naturalize US citizens to keep America white.

Falafel: What about the constitutionality of de-naturalizing US citizens? Surely the Supreme Court would stand in your way.

Trump: By the time those little bastards hear the case, I would have deported 25 million naturalized US citizens. Census tells me that if we had 25 million less brown and yellow people, white America would sustain its dominance until 2150.

Falafel: How would you deal with Elaine Chao, wife of Senator Mitch McConnell? And so many white Americans who married brown and yellow people?

Trump: I have a good plan for this. Those who married whites and gave birth already, they stay. The rest are deported.

Falafel: Does all of this not sound like American Apartheid to you?

Trump: Nothing wrong with Apartheid. I am proud to lead its charge.

Falafel: Where would you send the de-naturalized citizens?

Trump: I would put them in the hulls of super tankers and sail them to international waters. They will get picked up by some sentimental liberal idiots. No toothbrushes, either.

Falafel: Don’t you think this action might induce the majority of both houses to impeach you?

Trump: They don’t have the guts. My base, and then some, would throw them all out of office. They are all armed and ready to start a civil war for me.

Falafel: A civil war? Would you sit idly if a civil war began because of your policies?

Trump: Are you kidding? I would become a greater president than Lincoln. A civil war would immortalize me forever. I already have plans to detonate the African-American museum to replace it with the Donald Trump memorial. It will soar to the skies.

Falafel: Mr. President, people are saying that your German roots remind them of Germany circa 1933. What do you say to that?

Trump: Fine with me. Except, I won’t kill Jews. Just non-whites. I would build the most efficient concentration camps the world has ever seen. In fact, I would patent the process to the Trump Organization for my children to benefit from in the future. There are lots of countries with leaders who want to kill their minorities. Xi is killing the Uyghurs. Putin the Chechnyans. Imagine the money I would make!! I will have ovens the size of Manhattan.

There you have it folks. Trump intends to double down on “send her home” tweet. He is actually going to “send home” millions of naturalized Americans.