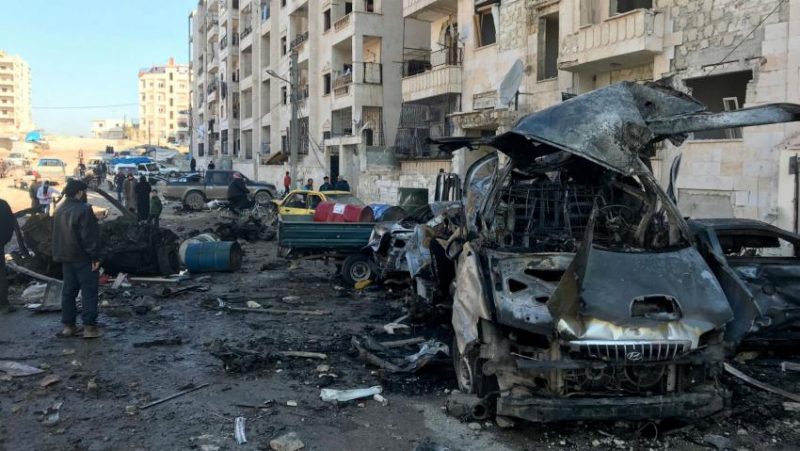 May 9, 2019 7:21 am 0
Turkey is Fully Engaged Militarily in War Against Assad
Jihadists Shot Down a Syrian Warplane
Trump Erdogan Meeting Was Insignificant and Inconsequential

In a move to dial-up pressure on the Assad regime, which continues to stockpile chemical weapons, President Trump extends sanctions against Assad and his regime.

In a statement prepared to Congress on Syria, Trump said:

The regime’s brutal war on the Syrian people, who have been calling for freedom and a representative government, not only endangers the Syrian people themselves, but also generates instability throughout the region. The Syrian regime’s actions and policies, including pursuing and using chemical weapons, supporting terrorist organizations, and obstructing the Lebanese government’s ability to function effectively continue to foster the rise of extremism and sectarianism and pose an unusual and extraordinary threat to the national security, foreign policy, and economy of the United States. For these reasons, I have determined that it is necessary to continue in effect the national emergency declared with respect to this threat and to maintain in force the sanctions to address this national emergency.

In addition, the United States condemns the Assad regime’s use of brutal violence and human rights abuses and calls on the Assad regime to stop its violent war, uphold existing ceasefires, enable the delivery of humanitarian assistance, and negotiate a political transition in Syria that will forge a credible path to a future of greater freedom, democracy, opportunity, and justice. The United States will consider changes in the composition, policies, and actions of the Government of Syria in determining whether to continue or terminate this national emergency in the future.

NICE BUT WHERE IS THE ACTION

While the Syrian people appreciate the words of the President, his lack of action to stop the Assad regime from another massacre speaks volume about intent.

The Idlib offensive has just started. Already some 150,000 Syrians have taken flight to escape the deadly barrel bombs and Russian missiles. Behind remain close to 3 million civilians who soon will flood other countries. Possibly Europe because Putin wants to pressure the Europeans to pay for Syria’s reconstruction.

If President Trump truly cared about the Syrian people, which he does not, he would have acted. As of now, he looks like just another Barack Obama with one exception. The President does not contort himself publicly to show fake concern. Obama used to shed tears of a crocodile.