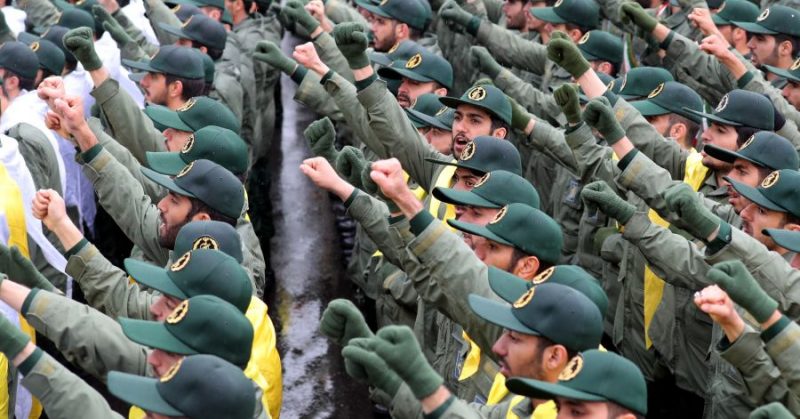 The action by Trump, who has taken a hard line toward Iran by withdrawing from the 2015 Iran nuclear deal and re-imposing broad economic sanctions, marks the first time the United States has formally labeled another nation’s military a terrorist group.

The U.S. step, which takes effect on April 15, prompted an immediate response from Iran. Its Supreme National Security Council in turn designated U.S. military forces as a “terrorist organization”.

The U.S. military bases and their military forces in the region will be considered terrorist bases and terrorist forces that will be dealt with and confronted accordingly.

Trump said in a statement:

The IRGC is the Iranian government’s primary means of directing and implementing its global terrorist campaign.

His administration has long criticized Iran for its influence in Iraq, Syria and Yemen.

Critics of Trump’s decision said it was largely symbolic because U.S. law already carried penalties of up to 20 years in prison for U.S. persons who deal with the IRGC because of its designation under another U.S. sanctions program, the U.S. Specially Designated Global Terrorist list.

The IRGC was instrumental in fighting the Syrian opposition to the Assad regime. The terror organization committed many atrocities against Syrian civilians to include ethnic cleansing.

U.S. officials, speaking on condition of anonymity, said the designation did not mean the U.S. military would start treating the IRGC like al Qaeda, Islamic State or other militants that it can target at will.

“This is not about going to war with Iran or killing a bunch of Iranians. Absolutely not,” said one, he added, the U.S. military had not been given any new direction to “go after” Iranian forces.

Some military officers are going Wilsonian by driving a message of fear. They believe Iran might retaliate against U.S. troops, therefore we should ignore Iran’s terror against the rest of the region. Such arguments fail to point to Iran’s ultimate goal. To see U.S. troops leave the region on a permanent basis.