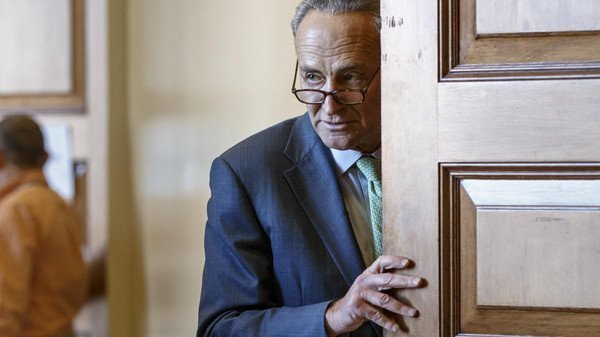 August 7, 2015 6:39 am 0
Who is Protecting Assad Inside the Arab League?
Saudi Arabia Going on the Offensive Against Iran
Open letter of Ali Khamenei’s nephew to the US president Barak Obama

Top Democrat Senator Chuck Schumer, the most influential Jewish voice in the U.S. Congress, announced Thursday that he opposed the Iran nuclear deal, a blow to President Barack Obama.

“To me, the very real risk that Iran will not moderate and will, instead, use the agreement to pursue its nefarious goals is too great,” Schumer, a top Democrat, said in a statement.

The number three Democrat in the Senate said: “Advocates on both sides have strong cases for their point of view that cannot simply be dismissed.”

He added: “This has made evaluating the agreement a difficult and deliberate endeavor, and after deep study, careful thought and considerable soul-searching, I have decided I must oppose the agreement and will vote yes on a motion of disapproval.”

The announcement is a serious blow to Obama, who is in the midst of an intense lobbying effort to get Congress to back his landmark agreement that would roll back Iran’s nuclear program in exchange for an easing of crippling economic sanctions.

Congress is expected to pass a resolution opposing the deal in September.

House Democratic leader Nancy Pelosi is said to be assembling a team aimed at securing the necessary votes to uphold the veto.

But earlier this week House Democrat Steve Israel — like Schumer a major Jewish voice in Congress and a top Democrat– came out opposed to the deal.

In his statement, Schumer insisted he would vote against the accord “not because I believe war is a viable or desirable option (but) because I believe Iran will not change” and continue to pursue its “nefarious goals.”

“Better to keep U.S. sanctions in place, strengthen them, enforce secondary sanctions on other nations, and pursue the hard-trodden path of diplomacy once more, difficult as it may be.”

Congress has until Sept. 17 to approve or reject the nuclear deal.

It is not about domestic terror, it is about international terror
Israelis deserve better
Assad Declaration of Victory is Obscenely Premature
Iranian Terror 594