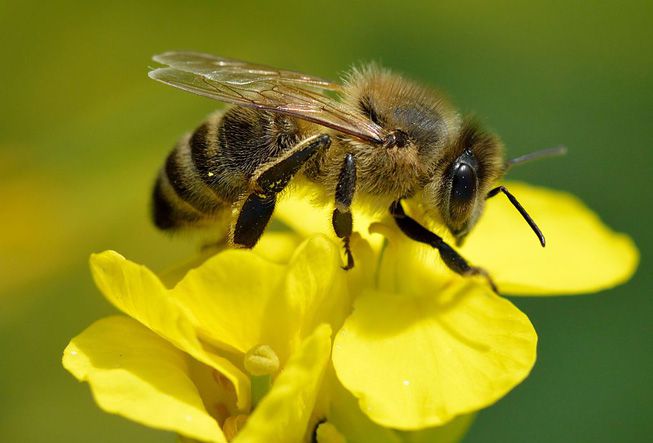 To be or not to bee

There are two kinds of Syrian experts, the “to be” experts who follow Syria closely, almost 24/7 and the “to bee” ones whose limited knowledge can be detected right away. To be or not to bee.

The “to be” experts know the regime, Syria’s people, its opposition, culture, and political landscape. They immersed themselves for years studying facts and figures. Their expertise did not come from preferential treatment or some historical accident but rather by using their intellect to deeply reflect upon a society and its people.

Those experts like David Schenker and Andrew Tabler of the Washington Institute, Prof. Barry Rubin and Prof. Eyal Zisser in Israel can be trusted with their analysis, knowledge, writings, and predictions.

Then, there are the “to bee” experts who fly between action and along the way show how little they know about their subject matter.

Michael Rubin, one of those “to bee” experts on Syria working as a scholar at the well-respected American Enterprise Institute, recently quoted one of my old articles in the Middle East Quarterly in which I lay the foundation for support for four liberal and secular democracy forums in Syria.

What happened since my piece was published is the fact that one of those forums carrying the name of a very prominent Syrian family and whose history is synonymous with exposing oppression since the 1920’s has turned on its own people by siding with Assad.

Its young patriarch has become an associate of Rami Makhluf in Aleppo and his little sister is serving as the personal assistant of a Syrian Ambassador in a western capital. As a result, the Syrian people will find it hard to accept this forum because of the family’s name ties to the regime today.

Only a “to be” expert on Syria would capture that knowledge and predict the outcome it may produce. And knowledge about Syria is a moving target; one cannot quote from its history.

Real experts cannot be a bee hopping from one subject matter to another.

To be or not to bee