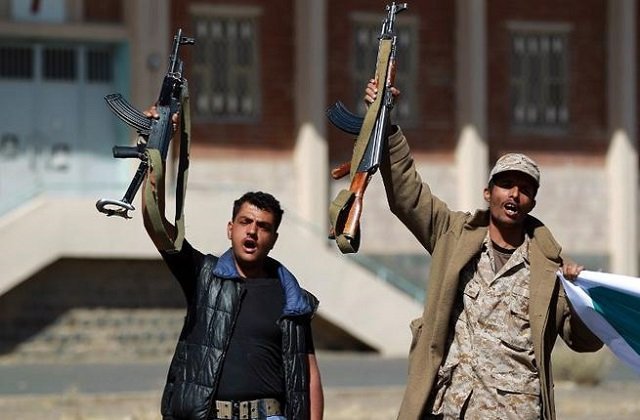 There are no shortages of stories about Syria’s giant muddled battlefield and the groups fighting inside it, but don’t think that means you’ve heard about them all.

Reddit this week featured a comprehensive list of Syria’s warring groups from the blog Middle East Observer, separated by their alliances — the Syrian government, Daesh, the opposition, the Kurds and al-Qaeda. While the bulk of these lists feature groups we know well by now like Iraqi militias and Hezbollah, there’s also some surprises — especially within the ranks of Syrian govenrment forces.

Have a look at three groups of the lesser known Syrian groups who’ve fought alongside Assad’s government forces.

1. The Slavonic Corps – This private Russian contractor hasn’t been around since late 2013, when authorities arrested member upon returning to Russia. But back then, some 270 mercenaries were scattered across Damascus and Latakia to fight alongside regime forces, purportedly to protect Russian oil interests in the country.

2. Popular Front for the Liberation of Palestine – General Command – Also based in Lebanon, this group makes up the second largest under the Palestine Liberation Front (PLO) umbrella and has an ideological mix of Palestinian nationalism, secularism, and Marxism-Leninism. They made enemies with neighboring countries but friends with Irana after sending some 4,500 PLA fighters to the ranks of Assad’s Arab army in capital Damascus.

3. Sanaa Brigade – Regime forces-wise, Damascus and its suburbs are populated by a number of foreign groups, including some 750 Yemeni members of Syria-based extension of the Houthis. But Yemenis are all over the Syrian battlefield — Sunni tribes from the country have also shown up inside the ranks of the opposition and al-Qaeda’s Syrian arm Nusra Front.