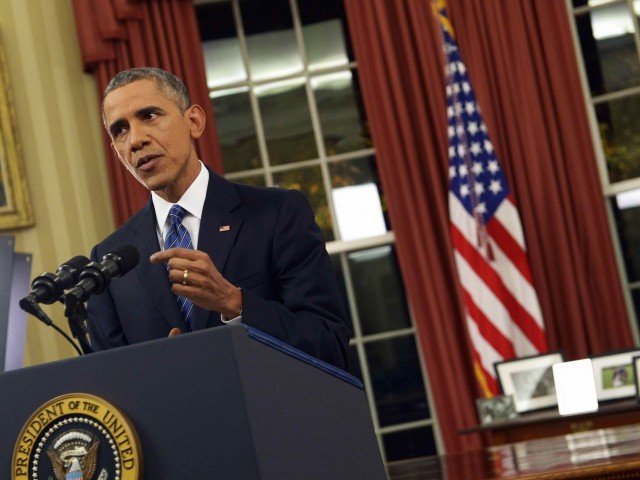 This White House Near East Black Hole of Terror

In cosmology, a Black Hole, with its immense gravitational pull, sucks all the stars, planets, and dust swirling around it. On earth, Barack Obama’s Iran Deal gravitational pull is sucking Near East countries into spasms of terror never to recover from. If you want terror to spread, just trust Barack Obama. This White House Near East Black Hole of terror will get far worse.

Here is one good example with regard to Levant.

The number of foreign fighters in Iraq and Syria has more than doubled since last year to at least 27,000, a report by an intelligence consultancy said on Tuesday, highlighting the global dimension of the conflict.

The figures, compiled by The Soufan Group, indicate that efforts by countries around the world to stem the flow of foreign fighters to Iraq and Syria and blunt the appeal of violent organizations such as ISIS appear to have made little impact.

Has any of these countries around the globe suspected the Iran Deal to be the culprit? Empowering an empire of terror is a magnet to empowering global terror.

What did Winston Churchill say about crocodiles and appeasers?

“The foreign fighter phenomenon in Iraq and Syria is truly global. The Islamic State has seen success beyond the dreams of other terrorist groups that now appear conventional and even old-fashioned, such as Al-Qaeda. It has energized tens of thousands of people to join it, and inspired many more to support it.”

Why, one must ask. Because Obama empowered the Shiite terror machine of Iran, which compelled Sunni terrorists to respond. This is Obama’s own Near East Black Hole of terror.

The largest number traveled to the two countries, across which ISIS controls a swathe of territory, from the Middle East and the Maghreb, with around 8,000 foreign fighters each.

Around 5,000 made their way from Europe, with a further 4,700 from former Soviet republics.

The Soufan Group added that between 20 and 30 percent of foreign fighters were returning to their home countries, creating major challenges for domestic security agencies as ISIS in particular looks to carry out an increasing number of attacks overseas.

That’s up to 1,000 pro-ISIS possible terrorists roaming European streets today. France killed three who killed 130. You do the math. This White House Near East Black Hole of terror will get far worse.

These figures do not include the danger to Americans on America’s soil. The San Bernardino terror attack has highlighted how dangerous the effects of the Iran Deal are to this country.

In summary, Barack Obama believed if he appeased Iran, he would spare the United States from waging any new wars in the Middle East.

Instead, it proliferated Iranian terror in Syria, Iraq, Lebanon, and Yemen.

The Sunnis responded while blaming the West for empowering Iran.

To avenge, Sunni terrorists are hitting us in our own cities, and Iran could not be any happier.

Not only are we waging two wars simultaneously in Iraq and Syria (Air strikes so far), but our innocent civilians are dying at home.

Presenting the Near East Black Hole of terror courtesy of Barack Obama’s Iran Deal. Two wars and thousands of innocent Americans at risk of getting struck by terror at home.

This White House Near East Black Hole of Terror