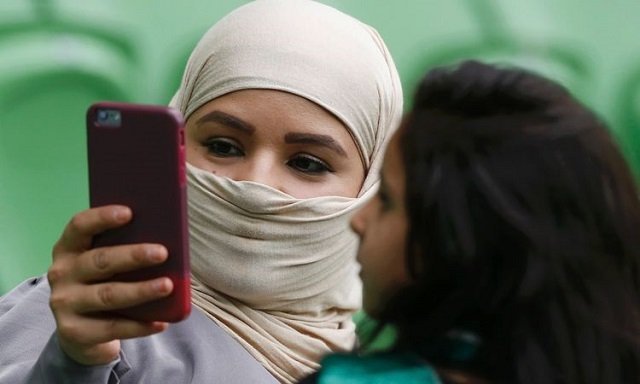 Any doubt that in the Middle East violence pays big dividends. As long as that violence is not perpetrated against US interests at home, the US is willing to forgive and forget as we have seen it do by striking a deal with Iran, which means it indirectly also struck a deal with Assad and Hezbollah. As far as the Obama Administration goes, Hezbollah is no longer a terrorist organization.

Such new rapprochements have consequences for the region. Some are good and some are outlandish. The fact the US is now fighting alongside Iran, Iraq, and Assad to defeat al-Qaeda is quite telling. The Obama Administration is trying to correct its mistakes in Syria (Abandoning the moderate elements to the terror of Assad) by cooperating with Assad, who incidentally is back to his old ways of terrorizing Lebanese politicians who oppose him. Ex-minister of finance Mohammad Chatah, a very decent and honorable man, was blown to smithereens à la Rafik Hariri on December 27. He was rumored to be the next Prime Minister of Lebanon. RIP Minister Chatah.

Gulf countries, in general, have steered away from forming militias and proxy armies to protect them from any threats because they have relied, traditionally, on the tacit and unconditional support of the United States. With the US-Iran Deal, that support vanished overnight and most Gulf countries find themselves naked and flapping in the wind. There is no Saudi Hezbollah to protect them by sowing terror and destruction elsewhere and there is no Saudi IRGC, they can rely upon, to carry the burden of their security. As far as the Gulf countries are concerned, the United States just joined the loss column after decades of accounting the US might in their win column.

For Saudi Arabia, this is as much about Sunni Islam as it is about their own existence. In fact, the Gulf Cooperation Council faces two choices today, none are very pleasant. Either their members submit to Iran and become slaves to Iranian hegemony or they forge a “resistance” path by building and fortifying their base in anticipation of a long war against Iran. Our guess is the GCC will opt for the second choice in combination with overt diplomatic maneuvers to buy time. Iran’s gravity has already captured the moon Oman.

When Saudi Arabia selects to defend from the onslaught the extremist Iranian Mullahs are planning — at full display in Syria and Lebanon today–, Saudi Arabia must change its foreign policy on a wholesale basis, which has started to happen selectively in light of the new rapprochement Saudi Arabia is trying to forge with Israel. That is not enough though. More than policies, the culture has to change.

The mission of the al-Saud family has always been set around three distinct goals in that order. One is to protect their rule, two is to build their society to face future challenges, and three is to cooperate fully with the US, which also plays a role in meeting their first and second goals. Everything else is secondary. With that in mind, it does not take a genius to realize how damaging the US-Iran Deal is to al-Sauds if one considers their priorities. Their world has just turned upside down, which explains most of the verbal assaults of late against the Obama Administration, something many Saudi observers may never witness again considering the al-Saud’s quiet diplomacy.

For the next three years, the GCC must meet this challenge by forging alliances at every level and in every country possible, something al-Saud have been good at doing. However, what is missing in their arsenal is global public support for their cause.

Most people associate 9/11 with Saudi Arabia, the country, because almost all the perpetrators hauled from Saudi Arabia and were financed by Saudi renegade Princes. That stigma remains al-Saud’s Achilles’ Heel and I have seen nothing to indicate there is a smart strategy in place to turn the tide. It is not enough for Prince Bandar bin Sultan or Prince Saud al-Faisal to accord interviews to Western newspapers in the hope it changes the public opinion. That is an ancient world in today’s technological marvels.

Consider the playbook of Assad’s Syrian Electronic Army to understand what Saudi Arabia must do. Every article written against Assad in every foreign newspaper where comments are allowed (To include this website), you will see the same people commenting on these articles incessantly to disparage, discount, and spread propaganda and lies against the author or the many valid points made in the article. This has started in September of 2011 and today, the public opinion against Assad has turned around. Now, he is the savior rather than the terrorist who slaughters women and children and gasses his own people. The same campaigns are true on Twitter, Facebook, YouTube, and all pertinent Social Media.

Saudi Arabia sports no such assets to control its own destiny or to change its own image most global audiences have been impregnated with. It still relies on the old medium of newspaper interviews and localized TV broadcasting to influence its own followers, which is like preaching to the choir. Unless Saudi Arabia spends billions on changing pubic opinions across the world, the country is doomed. Had Saudi Arabia held a favorable standing in the court of the US public opinion, maybe Obama would have considered his partnership with the Iranian terrorists as a liability to his legacy.

We urge the Saudi leadership to surround itself with young Saudis who understand the new medium that is shaping the global public opinion today. In the meantime, it should hire a US company capable of building these assets rather quickly to begin the process of shaping that global opinion. Al-Sharq al-Awsat, al-Arabiya, and whatever other assets Saudi Arabia own are not enough. Should Facebook’s one Billion subscribers not be a validation to how diminutive the Saudi media assets are?

What is needed is a Saudi Internet Army of thousands of young Saudis engaging the world to tell the Saudi story from their perspective. They are the first army Saudi Arabia should consider building to defend against the extreme Iranian Government we hope one day will be deposed and a free and a democratic Iran rises from its defeat.