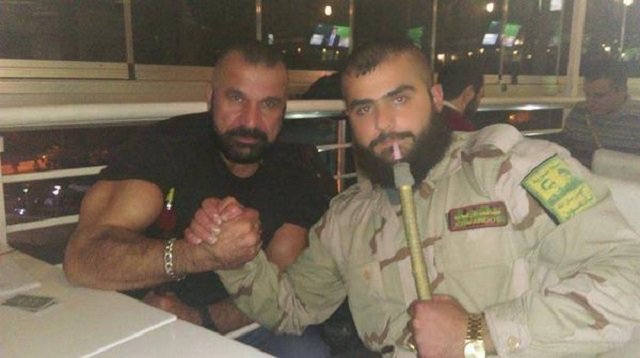 The Alawite pro-Assad forces are experiencing a noticeable registered low morale among their ranks.

The Alawite coastal town of Jableh has been registering its resentment and anger, mostly rampant among the military and their families as well as its sons fighting alongside the Assad regime, over the delay of implementing the promises made by Syria’s Prime Minister Wael al-Halqi.

The Social Media registering their discontent began to spread two months into the hollow promises made by the Syrian Prime Minister.

Accusations in the Social Media have surfaced that the funds due the Jableh Alawite fighters have been pilfered by state officials. Comments stating that the leadership in Damascus is not sustainable because of its corrupt structure where every little guy and big guy needs his cut to make things happen have been rampant. These accusations registered low morale among the ranks of their fighters.

One post from a Shabeeh in the Assad regime suggested the officials in Damascus “..  stole our youth, five and a half years of compulsory military service on the fronts, what insipid country is capable of such situations?”

Ever since the Assad regime ascended to power, corruption has been rampant in Syria launched deliberately by Assad to demoralize the population.

Another Shabeeh posted on Facebook that the problem is not singular to the government only, but also to the heads in the military finance offices who often send funds to elements that are not fighting on the fronts and whose names refer to civilians like Um Zouhair, or the driver of a military general, or other front names for unknown people.

This is not the first time matters over corruption boil over within the Alawite community. A member of the National Defense Forces (NDF) inquired about the award compensation that have yet to be distributed with one member of parliament who told him only those fighters in “hot spots” on the front lines will be compensated by paying the funds directly to each head of their units. When the member said they did not receive theirs and inquired what stops the head of his unit from pocketing the funds, he was told “his conscious”.

Upon hearing these words, the NDF inquirer kissed his $52 goodbye.

Anger over corruption is demoralizing the Assad Alawite troops. The registered low morale is having a negative effect that no money can solve because the more money the more is the corruption.

Once again, an Assad invention comes back to haunt him just like so many others. For example, Assad perfected the car bombs that he has become a victim of. He forged Islamist movements like ISIS that he has become its victim. He has crossed the Iraqi borders to attack U.S. troops in Iraq using al-Qaeda and al-Qaeda now is crossing the Syrian borders in full reverse motion to attack his regime.

One wonders if Assad realizes how badly served he has been by his own cunning.