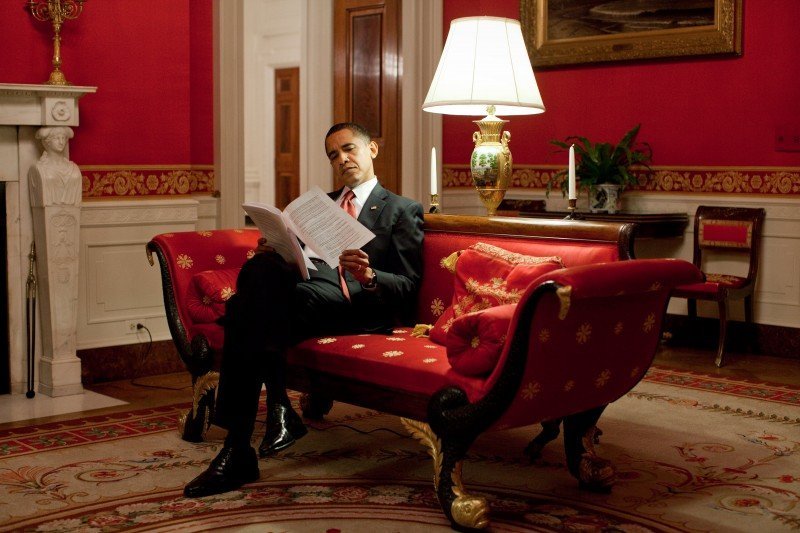 The Red Legacy of Barack Obama

February 21, 2015 9:57 am 0
The McCain-Carter Exchange that Stripped Obama of His Clothes
Is Hezbollah Running Out of Mughniyehs?
From The Hague to Another Bogus Election

The White House initiated a large gathering of dignitaries from around the world to discuss terror under the banner of a summit it named Summit of Violent Extremism. During this event, Obama emphasized an ISIS matter that I believe require our attention:

At the conclusion of the Summit on Violent Extremism, Obama alluded indirectly that stability in Syria is only possible when Assad is removed from power. In his own words, Obama said:

Someone who does not know what Barack Obama stands for might fall for these words. That someone might see a flicker of hope as he defines stability to be paradoxical with Assad remaining in power.

However, for those of us who have been following Barack Obama’s policy on Syria the last seven years, we are not fooled. Obama has no intention whatsoever to remove Assad from power because it might hurt the feelings of his pen pal Ayatollah Khamenei. He may, however, have alluded to this fact as a way of telling his successor to expect to clean his mess.

The blood of every Syrian will always be a stain on his legacy for abandoning the Syrian civilian population to mass murderers, war criminals, and chemical attackers. That blood stain is permanent no matter how the master spinner may spin his story in the future, especially if Iran refuses to sign a nuclear deal with the P5+1. This is the red legacy of Barack Obama.

Just imagine all that blood for a piece of paper Obama hoped for. A piece of paper that is not yet secure. What kind of a President bets US interests on hope? What kind of President hedges America’s future in the Middle East on a document not yet signed by a country that respects no laws? The kind who is inexperienced and ignorant. The kind whose red legacy has yet to reveal itself to him. This is why historians, in my opinion, will regard Barack Obama as the worst U.S. President ever.

Having said that, I believe the US intelligence community, unlike their commander-in-chief, has determined that Assad is too much of a liability. I believe plans to remove him from power are under way quietly whether Obama, Putin, or Khamenei like it or not. The ISIS ambush against the West Assad initiated has sealed his fate. No Western intelligence agency can afford to look utterly incompetent in the face of a pre-meditated and pre-ordained danger concocted by a third-rate Arab tyrant.

Assad’s head on a stick will be the ultimate warning against would-be danger dabblers in the future. Obama’s red legacy, nonetheless, shall be written by the blood of the fallen innocent Syrian civilians.

The Red Legacy of Barack Obama