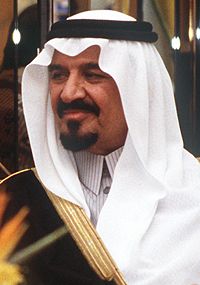 October 22, 2011 11:02 am 0
When the Useful Idiots Apologize
Syria: The Center of the Arab Spring or the Center of a Cold War?
Of Old Egyptian Men and Older Tyrants

With sadness, I learned this morning of the passing of a giant in Prince Sultan bin Abdul Aziz after battling colon cancer for two years. Prince Sultan was not an ordinary man and his life of triumphs was anything but ordinary.

When I was a very young man in the early seventies, I traveled often to Saudi Arabia accompanied by my father whose political career included providing advice to King Faisal and his top adviser Dr. Rashad Pharon. On these trips, my father and I, often, besides the private meetings, would attend the public gatherings the court held (Majlis) where other royalties would also attend. It was during one of these Majlis, in 1971, that I first met Prince Sultan standing by King Faisal, always smiling and always willing to extend his hand to greet you.

At a very young age, he was already the Minister of Defense. Today, it is the passing of a giant.

It would be wrong to assume that Prince Sultan was just another royalty. Yes, he had that kind and welcoming smile and his heart was made of gold, but he also had a strong and assertive character. He did not rule through fear but did not hesitate to strike you with his bolt if he sensed you are a danger to his country or his family. I can never forget his smile every time I saw him surrounded by aides and Generals.

It was also during 1971 that I also met his protege, a young and burly Saudi businessman named Adnan Kashoggi. Adnan was an extension of the public figure of Prince Sultan with all its glorious adventures and characterization. All the news one read about Kashoggi was just a side of Prince Sultan no one knew: His love of life.

He was known for many things but most of all, he was known for his generous side and his forgiving personality. If he was angry at one of his aides, he always sided with forgiveness rather than pitiful revenge or rancor. None of his sons inherited these qualities, which made him so loved and respected by his people.

I grew up visiting his court in Saudi Arabia, his palace in Morocco, his Switzerland grand villa overlooking Lake Leman of Geneva. I met his most trusted advisers whose lives were dedicated to his persona and through him; I also saw how leaders lead.

Not everything the royal al-Saud did I agreed with. As an honorary citizen of Saudi Arabia, I had my share of meeting many who did not live-up to the standards I felt every Arab should live up to. One of those I had high hopes for was his son Bandar bin Sultan who possessed all the strength of his father but none of the virtues that made his father great. Bandar never forgave anyone for their mistakes and he never admitted his own. Now that his father passed with no sight to his lineage being close to any future ruler if al-Saud survive this Arab Spring, those personal attributes will weigh heavily on his future and his life going forward.

May Prince Sultan rest in peace. He was the closest, other than King Faisal, I felt Saudi Arabia deserved to have as its leader.

When the Useful Idiots Apologize
It is not about the Arab Spring, it’s about Obama’s Policies
The Quiet Arab Spring No One Hears About
Things That Matter 382