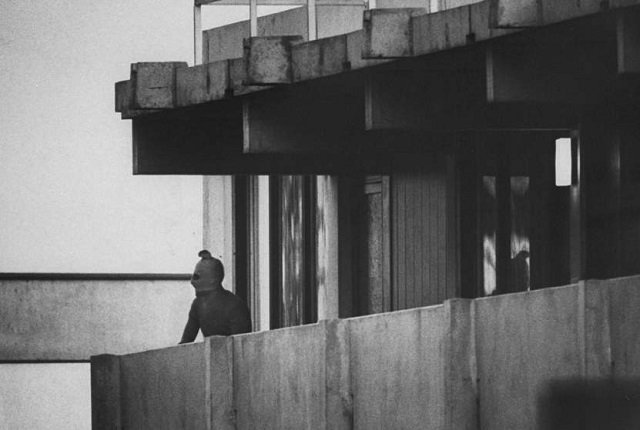 The Olympics of Fear

January 26, 2014 11:53 am 0
Act or Be Accountable
Asma Assad is Free of Cancer, Her Husband is Free to Bomb Hospitals
Guerilla Warfare Ravages Assad Forces

Nothing is more terrifying to civilians than to be sitting ducks of terror not knowing when or how it will happen. All you have to do is poll the Syrian, the Lebanese, or the Israeli civilians to confirm this reality.

Like the Russian people today around Sochi, many of whom now live in fear of Islamic terror, the Syrian and the Lebanese people have been living under a similar fear from the Assad terror. Call this the Olympics of Fear.

Like the visiting athletes and their families, especially the American athletes, have to experience a nagging discomfort in Sochi, many Syrians and Lebanese have been experiencing it ever since the Assad family came to power in 1970.

Terror, no matter the source, is not appeasable because it is practiced by men of extreme violence. Is the recidivism rate amongst released Guantanamo prisoners not a sign? Leaders of the free world can anesthetize it today, but it will manifest itself again to destabilize under someone else’s watch in the future, or they can eradicate it when it happens at a high political and economic cost. Mr. Obama, when it comes to Syria and Iran, chose the former.

We know exactly how all those civilians living in, or visiting, Sochi feel and we are thinking of them and hoping no harm will come to any. No one deserves to be fearful of terror, or think their lives are threatened by it. Not the helpless Syrian people fighting for freedom from the Assad regime’s extreme oppression, nor the Russian people tired of believing their country will ever democratize while Putin and his ilk kill journalists and pilfer Russia’s wealth. Everyone deserves to be free from fear and terror.

In both Syria and Russia, now where the Olympics of fear are being held, we are discovering that secular terror drives Islamic terror. Without Assad, there would be no AQ in Syria, and without Putin, there would be no Umarov followers in Sochi.

The United States, at great expense, weakened AQ to a melting point, Assad injected it with amphetamines by terrorizing innocent civilians. Putin has, for all intended purposes, almost dismantled Chechnyan terror until his pro-Assad vetoes at the UN energized them again.

You can pretend it is not so, you can pretend there is no such a thing as the Olympics of fear, but if you do, you are in peril of losing sight of how to defeat terror. If you are one who believes Assad can defeat Islamic terror when both the Soviet Union and America could not defeat it in Afghanistan, you are in for a big surprise. Assad is the one that drives Islamic terror. He is the big evil that drives the bigger evil, he is not the lesser of two evils.

The Olympics of fear in its simplest forms.

All those articles in far right outlets that ignored the Assad terror and began sounding the alarms against Islamic terror, you are as clueless as they come. Assad is par excellence the best AQ recruiter. Without him, Fallujah and Ramadi would not have fallen again to AQ after so many sacrifices by the US and our brave troops to free them from AQ.

Further, all those who believe the minorities of Syria are much safer with Assad in power need to explain fully what happened to Lebanon under Prime Minister Rafik Hariri. One of the reasons Assad killed him is because he feared a uniting Rafik Hariri-like figure could rise in Syria.

Heed the advice of Ambassador Mohammad Bin Nawaf al-Saud, Saudi Ambassador to Britain, when he wrote in the NY Times:

“It is too easy for some in the West to use the threat of Al Qaeda’s terrorist operations in Syria as an excuse for hesitation and inaction. Al Qaeda’s activities are a symptom of the international community’s failure to intervene. They should not become a justification for inaction. The way to prevent the rise of extremism in Syria — and elsewhere — is to support the champions of moderation: financially, materially and yes, militarily, if necessary. To do otherwise is to walk on by, while a humanitarian disaster and strategic failure continue to fester.”

Maybe Sochi, now best dubbed the Olympics of fear, will be a wake-up call for the extreme left in the US that ignored Syria or the extreme right, which often ignored Assad’s terror.

Maybe the experience from Sochi, the Olympics of fear, will become a roadmap to defeat both secular and Islamic terror. Such map unfortunately may not be acted upon until after 2016 because the NSC today is not the shining institution Americans were proud of under President George W. Bush and Vice-President Dick Cheney.

Today’s NSC believes ignoring a problem or appeasing terror is a magic Aspirin. Just ask the people of Sochi living the Olympics of fear.

The Olympics of Fear