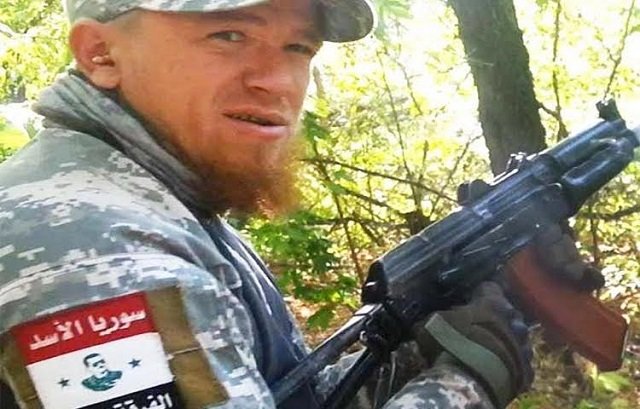 The Next Beheading Will Be a Miserable Russian Soldier

One of Jabhat al-Nusra’s military leaders posted two days ago several tweets seeking to pay a large reward for the capture of any Russian soldier. The tweets, posted by Ali bin Hamad al-Arjani (Nom de Guerre as Abu Hassan al-Kuwaiti) offered one million Syrian liras (About $5,300) for the capture.

It is obvious that high on the list of Jabhat al-Nusra fighting the Assad regime is the capture of a Russian it could parade and then behead publicly.

While this war tactic promotes a very negative public opinion across the world about Islam in general, for these terrorist jihadists fighting, they are focused more on winning the war against their enemies, which a public beheading delivers in spades. When it comes to public opinion, the jihadists fighting wear well their blinders.

The next beheading will be that of a miserable Russian soldier whose mother will become famous for telling Putin to bring the Russian soldiers home. At least, this is what the jihadists hope.

The tweets offering the rewards were issued after the Russian strikes on Homs and Hama, which caused the death of 36 civilians according to activists on the ground that included women and children.

The strikes mostly were directed against Free Syrian Army units the CIA is funding secretly to defeat Assad.

We estimate the next beheading will be that of a miserable Russian soldier the jihadists want to use as bait to strike fear into the hearts of the other Russians now pouring into Syria.

The Next Beheading Will Be a Miserable Russian Soldier