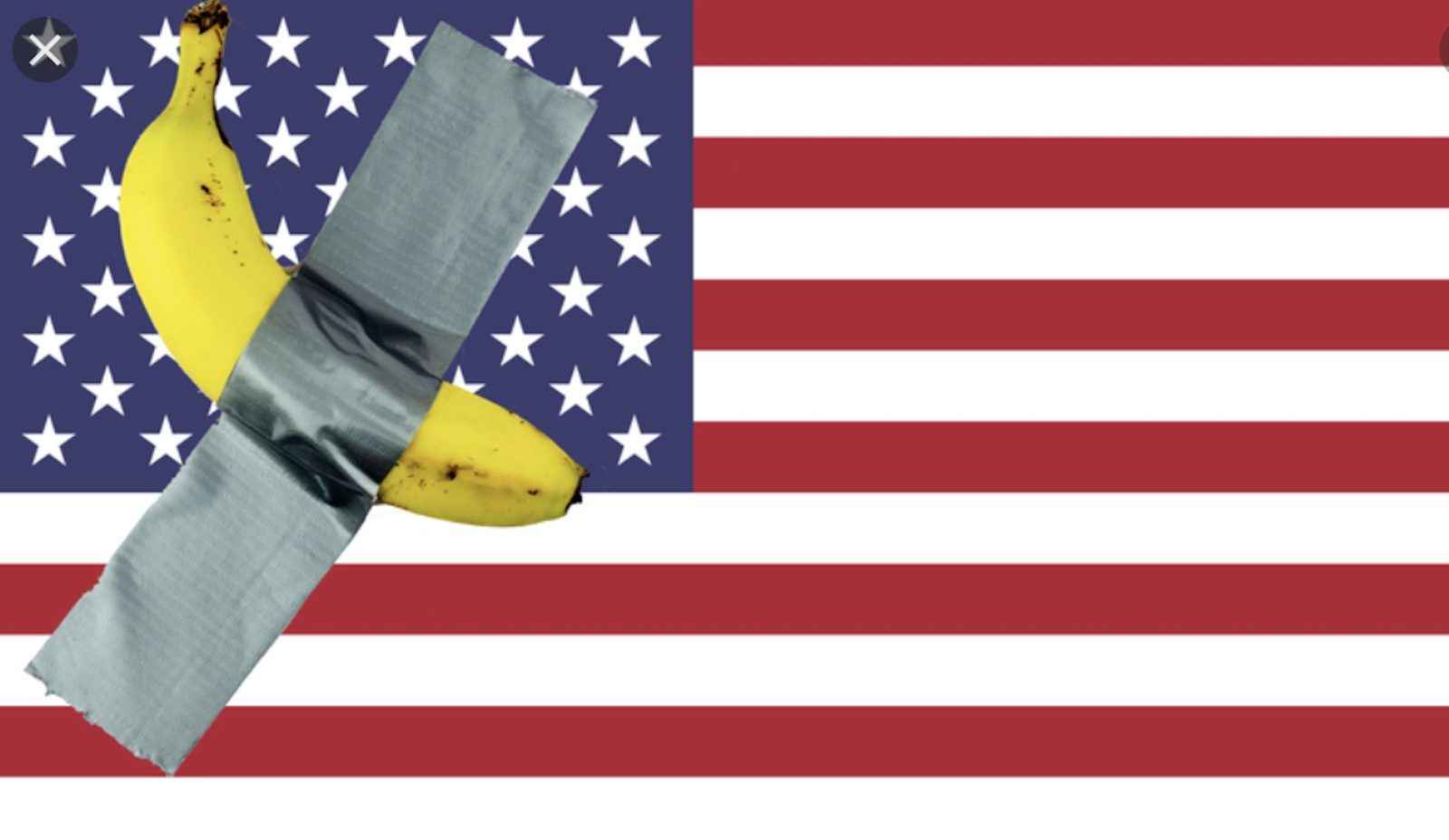 A loser U.S. President claims widespread fraud without providing any tangible proof, Republican Senators, too afraid of losing Donald Trump’s support, burn the U.S. constitution to serve their self interests, a Secretary of State proclaims Donald Trump has won even though he lost both the Electoral College and the popular vote, and an Attorney General who politicizes his role by ordering an investigation of fraud before the election is certified. This behavior in American politics represent the hallmarks of the New United Banana Republics of America. American democracy is yielding its seat to the bully and the bullied.

In fact, one might say that maybe democracy is dead in America because the Democrats will, most likely, duplicate the Republican bullying tactics in the next election cycle should they lose. Why should they not? Trump has set the precedent by shredding to pieces the book of decency and peaceful transition of power.

To show how mentally disturbed Donald Trump has become, he filed lawsuits in Pennsylvania, Michigan, and Wisconsin to stop the count because Trump is ahead and lawsuits in Arizona and Nevada to continue the count because Trump is behind. It’s a prêt-à-porter democracy Trump is exercising to fit his size. Wag the tail of democracy and hope you can bully enough people to scam them one more time.

Folks, America, the one we admired and hoped as immigrants to make our final home, is disintegrating before our eyes. Had Trump been the only one questioning the election outcome, this article would have never been written. But the number of people who are buying into their cult leader lies and forgeries tells another story. It tells us we have a new America we might as well call the New United Banana Republics of America.

BLAME TOO MUCH MONEY IN POLITICS

The 2020 U.S. Presidential elections cost about $7 Billions. That B for Billions. If you add all the spending for elections, it reaches almost 414 Billions. That’s one billion more than the GDP of the Bahamas. Why so much? Because the stakes are so high and the returns even higher. The winner of U.S. elections are the big corporations that dictate policy while funding those in power. When one election costs a country $14 Billions, one must ask why. Who would risk so much money if the returns were not far superior to the winner? We are witnessing the Trump quagmire because the U.S. political system is off the rails and speeding towards a deep ravine. But no one wants to admit they live in a bubble until it bursts.

There is so much money in politics and the stakes are so high that our democracy is breaking under its weight. But there is not one politician willing to echo that sentiment or admit the problem. Instead, they blame each other within their own ranks and across the isle. In Britain, Prime Minister Boris Johnson election spending cost conservatives £16m ($21 millions). So why is the US spending $7 Billions on the presidential election?

The more money we spent, the less power the American voter enjoys because all that money comes with baggage. Quid Pro Quo and back scratching. The ones who pay it get it back later in the form of legislative agendas and political favoritism. No free lunches here.

For religious believers Trump is the devil who sweeps in to cause the worst imaginable nightmares. Trump caused death (COVID reticence), destruction (US democratic institutions), havoc (Peaceful transition of power), and chaos (separating children from their families). He is in fact the devil incarnate and the Evangelicals in this country follow him like a hungry cat follows an open tuna fish can. It is hard to explain the religious right position even though they see what Trump is doing and seem to approve of his work. What kind of God do they pray to?

Think of the traits of Trump. Handsome, blonde with dark eyes, and ever so deriding of our moral compass and established laws. He creates chaos wherever he goes and every word that comes out of his mouth divides and polarizes on a global level. No human is capable of so much hate and scorn. Yet, a majority of the Bible-touting people in this country who claim pastoral innocence and moral superiority see him as their God.

That devil incarnate just turned the United States of America into the United Banana Republics of America, and so many people are going along with Trump’s destruction of this country that they deserve what they sow. Let them not complain if the Democrats do even more in the future to retain power. Let them not complain when our government, after Trump, politicizes every policy and action. And certainly, let them not complain when a civil war breaks out because that would be the ultimate wish of Trump to exact revenge on his enemies, which happen to be half the population of this country.

A revenge to destroy this country while pretending to make it great again. Isn’t that what devils do?