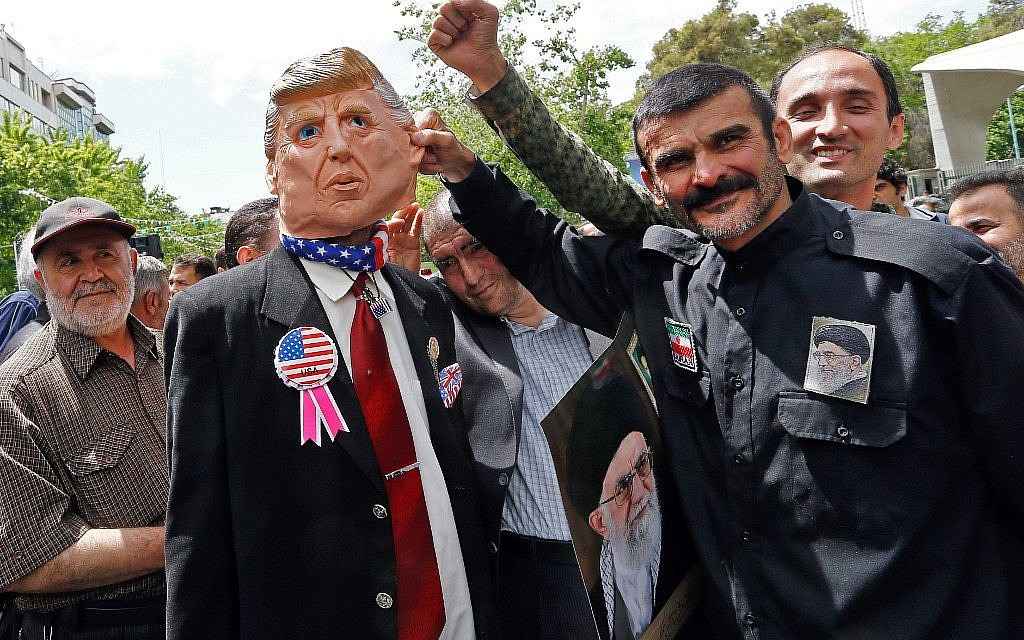 The Mother of All Political Stalemates

October 11, 2020 8:45 am 0
How Much Should the Syrian People Sue Iran and Hezbollah For?
Four Persuasive Reasons the Beirut Blast Benefits Hezbollah
Past US Success Dooms This Hezbollah Terrorist

It is quiet on the Iranian, the Syrian, and the Hezbollah fronts. Almost nothing is happening or moving. All are waiting out the U.S. elections, and all have ready-to-deploy, reactionary plans. Come November 3, if Donald Trump wins, they have plans, and if Joe Biden wins, they also have plans. Meanwhile, we are living the mother of all political stalemates.

Although to many the chess game looks like it is heading to a boring draw, some noticeable dynamics speak otherwise.

French Direction de la Surveillance du Territoire (DST), played an important role in the demise of The Soviet Union when it turned a KGB operative named Vladimir Vetrov against his own country

Consider the dynamic between the two countries that agree on the Assad rule of terror but disagree on the Donald Trump rule of chaos and division. Both, Russia and Iran, see eye-to-eye on Syria, but when it comes to U.S. politics, both have differing goals.

Iran sees U.S. elections from a short-term perspective because it is suffering from Trump’s debilitating sanctions. Not only against the Iranian regime but also against its terror proxy Hezbollah. To a certain extent, the Ayatollahs welcome the U.S. sanctions on the Assad regime because it delivers him into Iran’s lap as the Assad regime economic and political needs go unfulfilled.

Iran, for what it is worth, wants to see Donald Trump out of power in favor of a friendlier Joe Biden.

On the other hand, Russia considers Donald Trump the political, economic, and social wrecking ball it always dreamed to see in action against its nemesis the United States. Trump is Putin’s ace to avenge Ronald Reagan’s policies that accelerated the demise and fall of the Soviet Union.

Incidentally, French Direction de la Surveillance du Territoire (DST), played an important role in that demise when it turned a KGB operative named Vladimir Vetrov against his own country. A fascinating spy story of betrayal and deceit.

As such, Putin wants Donald Trump to win the elections to divide the country and raise the specter of another U.S. civil war. His is a medium-term plan.

In our opinion, to stop racism is the best way to fight back our enemies. Who wants to hear “I can’t breathe” every time our diplomats call for freedom and human rights?

THE MOTHER OF ALL POLITICAL STALEMATES

If Donald Trump wins, Iran, Syria, and Hezbollah lose. But Lebanon wins as the mounting pressure against Iran will ripple all the way deep into Lebanese politics. All will suffer from continuity of Trump’s policies, which we strongly favor.

If Joe Biden wins, Russia might suffer a setback but, in all likelihood, it will only be a setback. A wet noodle is not going to pierce Putin’s armor. He will continue looking for ways to cause the United States to implode from within and those racist white supremacists are handing it to him on a silver platter. The dumbest Americans ever. In our opinion, to stop racism is the best way to fight back our enemies. Who wants to hear “I can’t breathe” every time our diplomats call for freedom and human rights? Don’t tell this to Donald Trump. It will simply fly over his extremely smart and genius head.

However, not all is as dire as it may seem.

Let us consider this possibility: Joe Biden is NOT Barack Obama. And as much as the man is influenced by his old boss, Joe Biden was raised in this country and his education hardly mirrors Obama’s whose past mentors or heroes included Frank Marshal Davis, Charles Ogletree, Jeremiah Wright, Quentin Young, and Abner Mikva.

For that reason, and because Joe Biden is a witness to Iranian wars in the Middle East since it signed the Iran Deal, he might not be so quick in relieving the pressure. We believe Joe Biden, despite the campaign rhetoric to appease the pacifists, will seek a new Iran Deal. One that the Ayatollahs would never sign. And if they sign, they will never respect.

The Ayatollahs in Tehran, in our estimate, are slowly and desperately drowning while clutching a straw of hope.

Let us hope so.

The Mother of All Political Stalemates