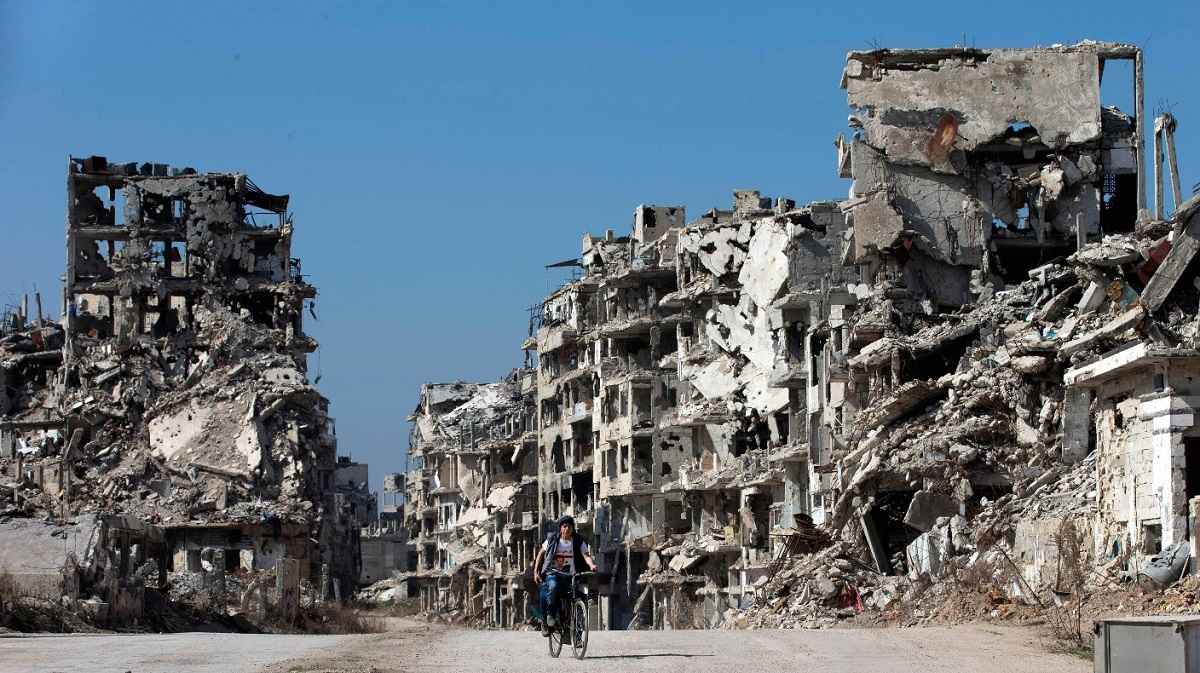 The Mother of All Civil Wars

September 16, 2012 10:05 am 0
A thought on Jerusalem
Demonizing Islam Comes With a Steep Price
Important Middle East questions to ask today

Sectarianism is the common denominator in most of the civil wars or bloody conflicts in the Middle East; whether it is the Christian-Druze conflict of 1860 or the Kurdish Simko Shikak Revolt of 1915 in Persia. All these conflicts, to include today’s Syrian civil war, and many others are based on religiosity. But on the scale measuring extreme violence and death of the innocent, Syria, by far, is the mother of all civil wars in the last 100 years.

Prophet Mohammad must have been the Messenger of an angry God because since his death, Islam has suffered from divisions, hate, forced conversions, and wars, which culminated in sowing a culture that is unable to accept others who differ, in values and ideologies, from our own.

If a historian had to record the recent tragedies of the storming of the US Embassies in the Arab world, he could have attached any date to those tragedies starting with 12 Rabi’ al-Awal Hijri year 11 (Death of Prophet Mohammad in 632 CE) until September 11, 2012 and they would have reflected logic and reason for many ignorant Muslims living these events.

THE MOTHER OF ALL CIVIL WARS

Ever since Khomeini ascended to power in 1979 during the Carter era, Iran has been concentrating on spreading its Wilayet al-Faqih theory in the region in an attempt to re-establish another Persian Empire. It is managing this expansion by invading other lands (Syria, Lebanon, Iraq, and Yemen). Its aims is to eradicate pro-western influences and to threaten countries like Israel and Saudi Arabia. Its weapon of choice is the fabrication of militias, like Hezbollah in Lebanon, whose loyalty lies in Tehran. Hezbollah  has but one mission: To terrorize Tehran’s enemies.

This is the work of the Mullahs of Iran and organizations like the IRGC and al-Quds Brigade, not the people of Iran who are looking to unshackle themselves from their oppressive regime of terror.

With Iran clearly controlling Syria today, it is opening a Pandora’s Box leading many who understand the underlying factors to believe this civil war will be the mother of all civil wars.

Some facts are in order here to appreciate the over-arching reasons for the title of this Blog.

In 680 CE, after Hussein ibn Ali refused an oath of allegiance to Yazid ibn Muawiyah (Yazid alAwal or Yazid I) as the second Caliph in Islam, the rift between Muslims who believed the Caliph should be Ali ibn Az-Zubair, son-in-law to the Prophet (Shia) or to those who believed that Islam must be inherited by the best man able to govern (Sunni) as proposed by Ijma (Consensus) became deadly. Yazid alAwal (Son of Muawiyah, founder of the Omayyad Dynasty) killed Hussein (Grandson of the Prophet) in the battle of Karbala in Karbala modern day Iraq. Hussein‘s head was delivered to Yazid alAwal who resided in Damascus but Hussein‘s body remained in Karbala.

As a result of the battle of Karbala, the city became a symbol of the struggle of the Shia to gain access to rule all Muslims and a sacred religious destination for all Shia pilgrims, while Damascus, where Yazid alAwal resided and where his father’s Sunni Caliphate made its capital, became the symbol of the Sunni rule in Islam.

Thus, the beginning of the violent divide between both faiths in Islam happened with Sunnis making Damascus their capital and the Shia making Karbala in Iraq theirs.

Because of Damascus historic importance, the Alawites ruling over the ancient city and oppressing the majority Sunnis is being viewed today from a larger prism than an average analyst sees especially that Karbala now has been returned to its rightful owners and is no longer controlled by the minority Sunnis of Iraq.

SHIA CONTROL KARBALA BUT SUNNIS DO NOT CONTROL DAMASCUS

The Alawite occupation of Damascus had less of an impact during Hafez al-Assad era because the latter maintained a balance. No one saw his as an Iranian lackey even though he supported the Iranian regime in every foreign policy initiative. To include fighting side-by-side with the Americans during Desert Storm to oust Saddam Hussein. Saddam, if we all recall, was a Sunni Muslim who oppressed the majority Shia in Iraq. Just like Assad, an Iranian lackey, is oppressing the Sunnis in Syria.

Today’s Syrian civil war is multi-dimensional. For many Sunnis of Syria, it has become lately about freeing Damascus from the grip of the Shia of Iran and their proxies in Assad and Hezbollah; as much as it is about freedom for many non-religious Syrians. For the Arab Sunnis in the region, it’s about the new supremacy of the Shia over Syria and Lebanon.

To the Shia, it’s about rights, respect, and freedom because of the Sunni-minority ruled Bahrain. For the west, it’s about clipping the wings of a terrorist country spreading havoc from Afghanistan to South America as it engages in a nuclear poker game that threatens oil supplies and their routes.

From every angle we look, all indications are that Syria’s conflict will be the mother of all civil wars. Why? Because those who benefit from the Iranian regime defeat are not only local and regional players, but also world powers. Russia is more anti-Islamist than any secular society because of its communist roots. This makes Russian support for Iran and Assad more based on spoiling the plans of the west than encouraging Islamic terror; one that Russia suffers from as well.

However, Putin is quick to use al-Qaeda in his arguments to protect Assad whenever possible as he did when he visited Israel.

The Syrian civil war is a war between Sunnis and Shia, Iran and Saudi Arabia, and Iran and the west. It also includes a war between Iran and Israel, and between Putin and the west. Obama is pretending to be stopping it by continuing to dialogue with the Iranians. Never mind that all the other players are already ignoring him. Everyone is feeding Syria with weapons to let the Sunnis and the Shia extremists sort this one on their own.

As an American-Syrian, my concerns remain concentrated on loss of civilian life; as well as who will pay to rebuild Syria when Iran is defeated. None of which we have answers to today.

The Mother of All Civil Wars