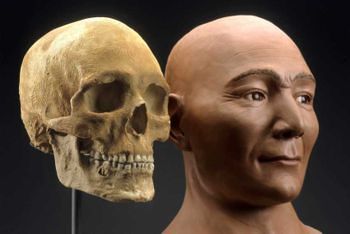 The Miracle of Israel

February 17, 2015 9:31 am 0
In Putin’s World Jerusalem is the New Constantinople
Why Biden May Not Treat Iran Like Obama Did
Little Iran

I read a BBC story about an Israeli medical team headed by Dr. Yoav Leiser who reconstructed the face of an injured Syrian at the Rambam hospital in Haifa. Against a background of savage killings, beheadings, and barrel bombs, it is hard to describe the hope such an act of compassion injects into Syria’s theater of death and destruction.

We knew many cared about the plight of the Syrian people Assad and ISIS are killing with total abandon, but who would have thought Israel, Syria’s pronounced enemy, would care enough to reconstruct the face of an unknown Syrian. Who would have thought, given the hate spread against Jews, their empathy towards people who hate them would deliver such humanity. This is the miracle of Israel in our midst, and the face of Mohammad reconstructed denies the haters the spread of their lies.

I doubt if Mohammad, the pseudo name of the injured Syrian patient, wrote the hospital or Dr. Leiser and his brave team asking for a new face. I doubt even more that Mohammad could have foreseen living a normal life if he remained untreated. The fact the hospital offered to reconstruct his face is testimony to how lucky Syria and Syrians are to find Israel as their neighbor to the south. A blessing Assad has done his utmost to keep Syrians from that knowledge.

Syrians did not ask to be regarded as enemies of Israel, and Israelis would have never asked for anyone’s enmity. The political construct of two peoples living side-by-side is as fake as any recorded in history. Muslims haters want the Jews annihilated and secular haters like Assad want the Jews limited in their capacity to defend themselves. Either angle suits the construct.

The reality is far from being the norm. The reality is that both peoples want to live in peace and harmony. How does one explain Mohammad trusting the scalpel of a Jew doctor and a Jew doctor eager to help his enemy have a normal life? This operation peels the fog of politics away to uncover the true nature of neighborly life. It is up to us now to build upon it in ways that dilute the political rhetoric of the haters in command of our way of life today.

Let us Syrians acknowledge the miracle of Israel.

The Miracle of Israel