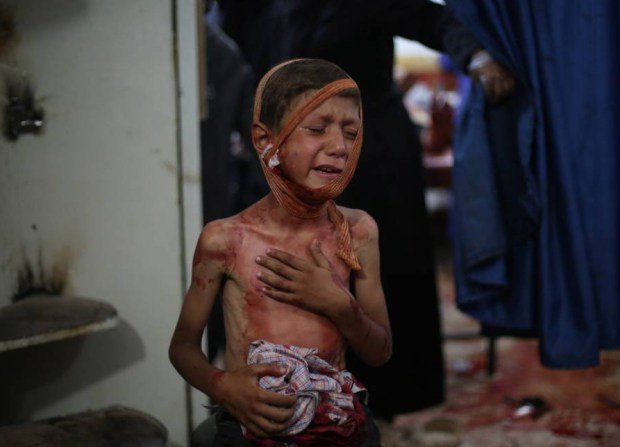 The Magic of Losing One’s Legitimacy

August 18, 2015 5:32 pm 0
If the Roman Empire Fell to Terror, What are Assad’s Chances?
Arab Americans Must Vote for Romney
Honor thy fallen soldiers

Falafel decided to mix business with pleasure this August by spending some quality time in the nation’s capital of Washington DC.

He arrived on Sunday just in time to hear about the Douma massacre Assad committed against innocent civilians. On Tuesday, as he walked the floors of the Smithsonian Air and Space Museum, he heard that Baschar al-Assad of Syria is no longer the tyrant ruling over Syria. Assad has been removed from power.

It became obvious to Falafel that when Barack Obama says a leader lost legitimacy, some magic happens and these leaders lose their powers. The magic of Barack Obama never ceases to amaze Falafel.

Since he was next to the White House, Falafel decided to drop by to interview Obama about his incalculable powers to depose horrific and brutal rulers by simply stating “They lost legitimacy”.

Falafel: “Thank you Mr. President for granting me an interview ahead of “Black Lives Matter”

Obama: “Syrians are always welcome in my house. We just love them.”

Falafel: “Mr. President, is the American public aware of your magical powers to depose rulers simply by stating they lost their legitimacy?”

Obama (laughing): “It took a Syrian to notice. Indeed. I have these magical powers. Are you happy Assad is gone?”

Falafel: “Very happy, sir. Can you explain this phenomenon to me Mr. President?”

Obama: “I have powers that go beyond the normal. If I tell a leader you lost legitimacy, he is deposed. I think the American people always knew they elected a very special human being. Superior in every aspect.”

Falafel: “Where does that power come from Mr. President?”

Obama: “I think it comes from the books I read and from the people I frequent.”

Falafel: “Two bad actors have been deposed because of the power of your words. Who else do you think should be removed?”

Obama: “Well, I think we need to look at some of the European countries. I don’t like Queen Elizabeth because she snubbed Michelle and the girls. She is my next target.”

Falafel: “But Mr. President, Europe is governed by democracies or democratic monarchies. What about Khamenei? or Putin?”

Obama: “Khamenei is on a mission for me he needs to fulfill first. Putin may go shirtless again, so no thank you”

Obama: “Khamenei needs to annihilate Israel before I am willing to even contemplate saying he lost his legitimacy.”

There you have it folks. Our president is a superman dressed as an … angry man. If he says to any bad leaders they lost legitimacy, they will be deposed in 48 hours flat.

What a guy this Barack Obama is!

The Magic of Losing One’s Legitimacy