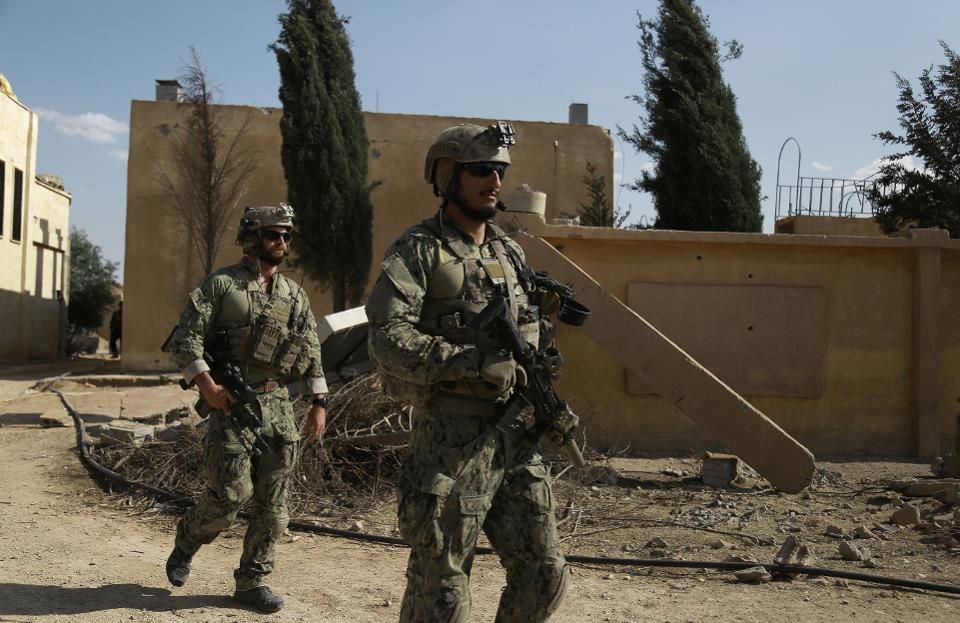 During a parliament session, ingrate Iraqis vote to expel U.S. troops from the country in reaction to the American drone attack that killed a top terrorist Iranian general. This is how Iraq pays America for freeing them from Saddam Hussein at a high cost of sweat, blood, tears, and treasure. The ingrate Iraqi Parliamentarians deserved Saddam brutality.

During the Saddam era, Iraqis suffered untold oppressive measure at the hands of an Assad-like brutal ruler to include gassing the Iraqi Kurds in Halebja that resulted in the death of over 5,000 civilians. Not only did we subject our troops to over 4,000 casualties Iran and the Assad regime IED’ed with impunity through their proxies, but we also have spent tens of billions of our hard earned money in support of Iraq relief and reconstruction. The ingrates forgot what America has done for them.

Then when the Islamic State ran over Mosul in 7 days, after occupying Fallujah and Ramadi, America, once again, came to the rescue by bombing IS in Syria and Iraq into oblivion. Using our own treasure. All the while the same ingrate Iraqis who voted today were siphoning the American aid and getting fat.

“We should have never gone to war to free Iraq. The ingrate Iraqis deserved Saddam brutality.”

America saved Iraq twice and this is how the ingrate Iraqis pay us back. By voting to oust U.S. troops for killing a top Iranian terrorist who has killed so many U.S. soldiers in the past. Soleimani is not even an Iraqi, which goes to establish a small detail: We should have never gone to war to free Iraq. The ingrate Iraqi Parliamentarians deserved Saddam brutality.

SO MANY BILLIONS. SO MUCH ASSISTANCE

The United States has billions assisting Iraq in every field imaginable. Relief aid, reconstruction, military training, highly-prized equipment, and so much more. Yet, the ingrates vote to kill the golden goose. No wonder Saddam was brutal and unforgiving. He knew what he was facing.

To be exact, the United States, between FY’2003 and FY’2019, has spent the total amount of $321,786,798,598 on Iraq (Source: CSV file download from Foreign Assistance) . This is close to $322 Billions in aid, programs, reconstruction, training, and materials. So many Billions and so much assistance; yet, so much ingratitude and callousness in return.

During the war, the United States sent $12 Billions in banknotes to help Iraq, and all of it vanished. Most likely you will find the money in their own bank accounts. Most likely, the same Parliamentarians and their cronies who back Iran have siphoned ten times that amount since 2003.

In response to this action by the Iraqi Parliament, President Trump is going to ask for options which he might implement to respond to the Iraqi ingratitude. Pulling the troops out seems the obvious choice. In addition to stopping all aid to Iraq effective immediately. Who will fill that vacuum? Who else but Iran? By far the most hated of all countries in the Arab world.

Remember the demonstrations against Iran on Iraqi streets? Expect them to increase in frequency and number if the United States chose to abandon Iraq to the Iranian terrorists in Tehran. Furthermore, expect the Parliamentarian themselves to become the target of those demonstrations for not taking similar action against Iranian occupation of their land. Iraqis are going to wish for Saddam’s return once they taste Khamenei’s terror.

If the Iraqi ingrates believe their woes are over when and if the United States exits Iraq, they are dumber than we think.