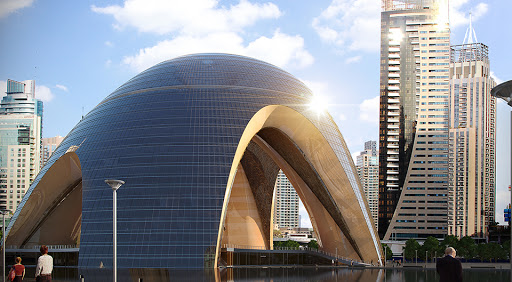 February 1, 2020 8:51 am 0
The Deafening Sound of Multilateralism
Had the GOP Attacked Obama The Way It’s Attacking Trump
Does Trump Find Daunting Foreign Policy Difficult to Grasp?

Observers of global ethnicity or religiosity based-conflicts can attest to one common denominator: The global defeat of subversive Sunni Islam at the hands of the military and the economic superpowers of our era. Everywhere one looks, regions or country-interpreters of conservative Sunni Islam are suffering from humiliation, subjugation, occupation, or outright military defeats.

They are but to blame themselves for this outcome. The Sunni Muslims of the Middle East have embraced one obsessive policy, which is to annihilate Israel. This led to their own demise, slowly and surely.

In the cauldron of the Middle East, every rise of conservative Sunnism has tasted defeat. One can speak of al-Qaeda and the Islamic State the United States has cut into pieces. One can also speak of the Muslim Brotherhood now facing annihilation by Putin and Assad in Idlib, while el-Sisi has clipped its wings in Egypt. As for Wahabbism in the heartland of Saudi Arabia, Mohammad bin Salman has played an instrumental role in keeping them out of power and at bay. Although Wahabbism defeat is not final.

Turkey, the last bastion of Islamism, is helplessly watching its powers diminish as a result of the Russian onslaught in Syria. While India watches Pakistan’s every move as the U.S. and China lend their support. In Islamist Gaza, Israel can destroy the tiny strip of land if it dares to ruffle the Israeli feathers.

Across the whole Middle East the U.S., Russia, China, and Israel are subjecting extremism to total humiliation. It is truly the beginning of the end of this religious flare-up that began in the sixties and which saw the 1972 Munich terror strike against Israeli athletes as the template for its future rise to prominence. Instead, it brought upon its own collapse. It took some time but 9/11 accelerated the process, and so did Russia’s wars against Chechnya and Afghanistan.

Whether the convenience of claiming victory might be elusive because of domestic political considerations, the truth is that America has finally defeated extreme Sunni Islam in the region. Past President Erdogan of Turkey, the threats on the horizon are just whimpers.

We believe the Islamic State revealed the last hurrah of Sunni extremism. However, Islamic violence remains alive and kicking as long as the Shiite Khameneist Iranian regime remains in power.

ON A GLOBAL SCALE

The superpowers banding together to defeat extreme Sunni Islam in the Middle East is also driving similar policies across the globe.

In China, the central government has adopted a policy of detaining millions of Chinese Muslims and intern them in concentration camps under the excuse of re-educating them to abandon Islam. The virtual legalization of holding Sunni Muslims as captives just because of their ethnic background is not only immoral but also illegal under international law. The Chinese veto at the United Nations guarantees the persecution of Sunni Muslims in China. Think Hitler with the Jews but without the ovens and the gas chambers.

In Russia, two Chechen wars has decimated the Sunni Muslim community. Behind it stand none other than Vladimir Putin whose early clandestine work led to his rise to power. Literally with help from Chechnyan Sunni Muslims Boris Yeltsin failed to defeat until Putin stepped in.

Back then, Russia leveled Grozny to the ground the way Russia today is leveling Syrian cities to the ground. All populated by Sunni Muslims.

In old Yugoslavia, the Serb ethnic minority savagely massacred the Sunni Muslim communities in Bosnia and Croatia. It led to President Clinton carrying out a 78-day bombing campaign to stop the genocide perpetrated by the Serbs. Had the United States not interfere, the Serbs were intent on ethnically cleansing all Sunni Muslims in Europe. To include Albania.

Relatively speaking, the indigenous Sunni Muslim people of Europe are moderate by nature. Communism trained them to be communists first and nationalists second. Religion was a distant third.

Even the United States is taking steps to limit Muslim immigrants for fear that extremists might infiltrate the country.

In short, Sunni Muslims, with the exception of the communities found in countries like Malaysia and Indonesia, both quite moderates, have suffered one defeat after another.

One central reason for this defeat is their scarce existence across vast global lands. You will find Sunni Muslims in many corners of the world, but their thin herds lacking central leadership in any one superpower country makes them vulnerable when they go psychotic, and even when they don’t. Because their rights to exist fall under the laws of “terrorism” many label them with regardless of their innocence.

One good example is Assad labeling the White Helmets first respondents in Syria as “terrorists”. Just because they are mostly Sunni Muslims. And just because they save lives instead of taking them like him.