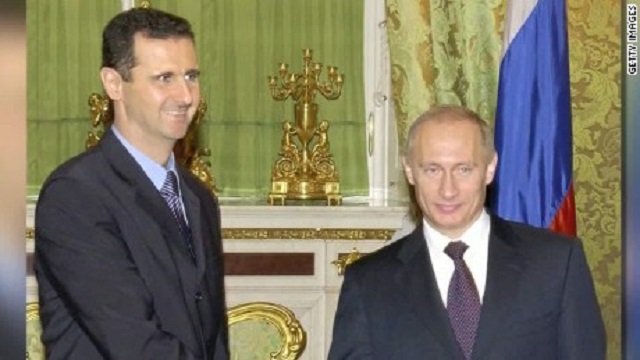 The Final Battle for Syria’s Soul Is Underway

October 7, 2015 4:00 am 0
Syria Rebels Strike Assad’s Alawite Stronghold
ISIS will go if Iran says so
The Cleverest Move Yet by Ambassador Robert Ford

The Syrian army and allied militia carried out ground attacks on insurgent positions in Syria on Wednesday backed by Russian air strikes, in what appeared to be their first major coordinated assault since Moscow intervened last week.

The final battle for Syria’s soul is underway. Will the West just let Syria become home to the terrorism of Assad and the Iranian Mullahs, or will the West stand behind the moderate Free Syrian Army Barack Obama almost decimated with his anti-American policies?

Ground attacks using heavy surface-to-surface missile bombardments targeted at least four insurgent positions in the area and there were heavy clashes on the ground. Idlib is home to the moderate Free Syrian Army as well as Islamist groups like Jabhat al-Nusra.

The final battle for Syria’s soul is underway, which would permanently support the Assad regime terror against his own people and neighboring countries. .

Although Wednesday’s combined assault marked a military escalation, it was not immediately clear whether there would be rapid gains in a conflict that has already dragged on more than four years.

“There is no information yet of any (government) advances on the ground, but the air strikes have hit vehicles and insurgent bases,” Activists told Reuters.

A regional source familiar with the military situation in Syria said forces including Hezbollah fighters were taking part in the ground attack against four rebel-held areas.

Reuters reported last week that allies of Syria’s psychopath Baschar al-Assad, including Iranians, were preparing a ground attack in Syria, aimed at recapturing territory lost by the government to rebels in rapid advances this year. The ground assault was being carried out by “regime forces” and their allies, with no immediate sign of Russian involvement on the ground.

Syrian state media and regional pro-government channels made no mention of new Russian strikes or the ground attacks on Wednesday.

Russia, a top ally of Assad, started air strikes in Syria a week ago, saying they were targeting hardline Islamic State militants.

The Final Battle for Syria’s Soul Is Underway