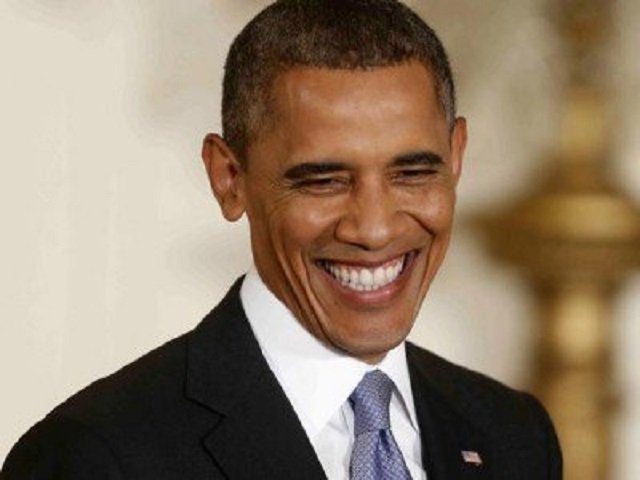 The End of Pax Americana

October 2, 2015 3:49 pm 0
Is Hezbollah Running Out of Mughniyehs?
When Will Helpless Syrian Civilians Earn a “Never Again”?
Saudi Arabia Should Boycott Meetings With John Kerry

Source: The Weekly Standard – by Lee Smith (The End of Pax Americana)

The United States, President Obama said at the U.N. General Assembly last week, “worked with many nations in this assembly to prevent a third world war—by forging alliances with old adversaries.” Presumably, the president was not referring to his deeply flawed Joint Comprehensive Plan of Action, the recent agreement that the White House has marketed as the only alternative to war with a soon-to-be-nuclear Iran. Rather, it seems he was referring to the post-World War II period, when the United States created and presided over an international order that prevented an even larger, potentially nuclear, conflict with the Soviet Union. Now, that Pax Americana may be ending.

Indeed, Russia’s airstrikes against CIA-vetted Syrian rebels last week looked like a punctuation mark. When the secretary of state holds a joint press conference with Moscow’s foreign minister after Russia has decimated American proxies bearing American arms, we are not witnessing anything like a return to the Cold War. Rather, we’re witnessing a new order being born. It is an order that is being designed by others, without any concern for American interests.

Its cradle is not the conference rooms of the U.N., but the killing fields of Syria. After four and a half years, the Syrian civil war and the refugee crisis it has spawned threaten to disrupt two zones of American vital interest, the Persian Gulf and Europe.

America’s Cold War prosperity depended on our ability to trade with the rest of the world across both oceans. The United States built a powerful blue-water navy and far-flung bases as tokens of our willingness to protect our allies and stand up to their, and our, adversaries. What facilitates both trade and the movement of a military as large as America’s is access to affordable sources of energy, which is why the security of the Persian Gulf has been a vital American interest for 70 years.

The nuclear agreement with Iran signals that Obama doesn’t see things this way. From his perspective, no core American interest would be threatened by either the domination of the Gulf by revolutionary Iran or the likelihood that other regional powers will go nuclear. The JCPOA told American partners in the Middle East that the old alliance system was finished. Israel and Saudi Arabia would get stiff-armed, and Iran would get to call plays in the huddle. What Obama sought, as he said in a New Yorker interview, was a “new geopolitical equilibrium.”

Vladimir Putin understood Obama’s rhetoric and actions as confirmation of what he’d already surmised. Putin showed NATO to be a paper tiger when he moved against Georgia, then ordered a Russian crew based in Syria to shoot down a jet flown by NATO member Turkey, then annexed Crimea, to little response. In July, the JCPOA opened the way for Russian and Iranian cooperation in Syria. The Americans, Putin understood, had no stomach for a fight. But the White House may have helped create the conditions for a conflict much larger than the war already underway in Syria, a conflict that could someday force the United States to defend its vital interests.

“There already is a third world war underway,” says Angelo Codevilla, professor emeritus of international relations at Boston University. “It’s the war between Sunnis and Shiites. It’s a world war because it engages people all around the world who happen to be Muslims.”

Codevilla thinks it unlikely that the war will expand past the Middle East but notes that Pakistan, a nuclear Sunni power, could present problems. In any event, the Obama administration has little ability to shape outcomes. “Once you seize a position by force, as the Russians have,” says Codevilla, “you are in the diplomatic driver’s seat. Putin is schooling the U.S. foreign policy establishment in foreign affairs. He has put his armed forces not at the service of Bashar al-Assad, but at the service of Russian interests.”

And Obama? The White House believes in a balance of power without winners and losers, an abstract international system with room for every nation to pursue its rational interests. But this is fantasy: Whatever order exists belongs to the power that imposes it. The Syrian war threatens two of the pillars of the order we formerly led.

“At what point does the Syrian conflict create political instability in places like Saudi Arabia and other oil-producing states in the Persian Gulf?” asks Walter Russell Mead, professor of foreign policy and humanities at Bard College. “As long as nothing is happening to block the oil flow, it’s the refugee flow that makes Syria an international issue.”

But even before the refugees, European security services were overwhelmed trying to keep tabs on potential jihadist recruits traveling from Europe to the Middle East and back. The influx of hundreds of thousands more migrants from the region is likely to generate political instability and could carry the war between Sunnis and Shiites into Europe.

To stem the refugee crisis, the White House is broadly hinting it is willing to go along with Tehran and Moscow and let Assad stay in power, at least for now. But it is Assad and his allies—not, as the administration seems to suggest, the Islamic State—who are responsible for the vast majority of the refugees. If the Obama administration accommodates Russia and Iran on Assad, it will be acquiescing in a plot to extort and destabilize Europe.

In the Gulf, Mead says, “if the Sunnis continue to feel that they’re losing an existential conflict with Iran, they may move toward a closer relationship between governments and radical groups. Keeping oil money out of the hands of truly radical jihadists has been a core U.S. interest since September 11, but if the Gulf states don’t feel we are keeping our part of the bargain by providing security, they could take matters into their own hands.”

Of course, another option for the Gulf states would be to enlist Russia, which, unlike the Obama administration, has shown its willingness to act on behalf of its own interests. Now that Obama has forsaken America’s post-World War II patrimony, life is more dangerous for America and its allies. This won’t be easy to reverse, no matter who succeeds Barack Obama.

The End of Pax Americana

Is Obama Looking Forward to Target Syria with Drones?
Barack Obama’s war in Syria could be a sideshow
Jimmy Carter ushering Khomeini started all the terror
Slippery Barack Obama 961