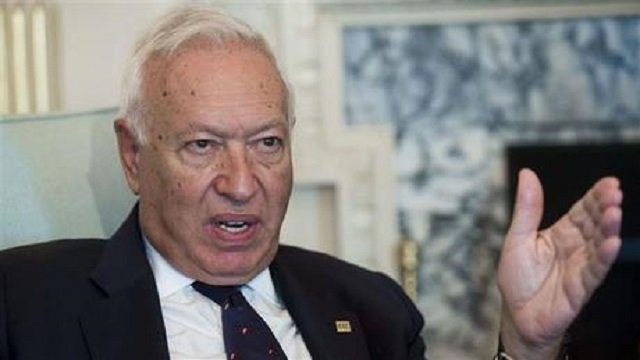 The Benefits From Assad Paris Attacks Are Bearing Fruit Already

November 18, 2015 12:16 pm 0
On Syria Biden Got Away With Murder
Assad’s Barrel Bombs Continue to Kill Syrian Civilians
One Reason We Can’t Win Our Freedom

“The lesser evil is to come to an agreement with Bashar Assad to begin a ceasefire allowing aid to reach the displaced… kick-start a political transition and above all attack our common enemy — Daesh (Islamic State group).”

The prime minster call for appeasing a mass murderer and one of the most violent men in modern history shows the benefits from Assad Paris attacks are bearing fruit already. European leaders know that Assad is behind the Paris attacks and their first instinct is to appease him out of fear from his extreme violence.

“We have to replace the ‘Bashar yes or Bashar no’ discourse by one of peace or war. If you want peace, you are going to have get along with Assad at least on a temporary basis. (former U.S. President Franklin D) Roosevelt was forced to come to an agreement with Stalin to finish with the Nazis, as it was a lesser evil at the time.”

Spain’s foreign minister needs a lesson in history. The Soviet Union were committed to defeating the Nazis at great loss and sacrifice, but Assad has forged and remains committed to safeguarding ISIS, which is saving him from regime change.

Garcia-Margallo said there was still no sign of a concrete European action plan, two days after France used a little-known article in the European Union’s Lisbon Treaty rule-book which provides for solidarity in the event a member state is attacked.

France, which has launched new airstrikes against Islamic State militants in Syria, invoked the article after Friday attacks in the French capital left 129 people dead.

The Benefits From Assad Paris Attacks Are Bearing Fruit Already

The Path of Least Resistance
Deer Caught in the Headlight of Assad’s Terror
Saudi Arabia official: If all else fails, remove Syria’s Assad by force
Western Appeasement 464