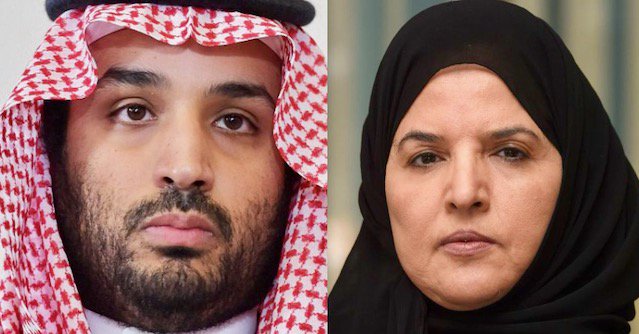 The Barbaric Children of King Salman

July 10, 2019 5:36 pm 0
John Bolton Revelations Show the Red States Have Elected a Gangster
Biden or Trump Putin Wins Either Way
The President Who Believes Everyone is Wrong But Him

King Salman of Saudi Arabia has fathered two children we know of that, once you read this article, it would not be hard to call them the barbaric children of King Salman.

King Salman’s most beloved son, soon to become the next king of the desert kingdom, is Mohammad. One does not need to introduce him because the crown prince has done a terrific job of introducing himself. His nickname is “The bone saw” for ordering the murder and dismemberment of the U.S-based journalist Jamal Khashoggi. The man is a vile human specie, barbaric to the bone, reckless in every sense of the word.

One of the least understood functions of Mohammad bin Salman’s existence is his capacity to shakedown people for money. Once, at a very young age not yet past nineteen, he threatened Saudi businessmen with imprisonment if they did not deposit money directly into his bank account. In two weeks, he raised $30 million.

Only in lawless Saudi Arabia.

Over ten years later, he repeated the deed against some two hundred of the richest men in the kingdom with much more dire consequences. Eventually, through torture, intimidation, and imprisonment, he stripped them of their money. To the tune of $100 billion all of it resting in his own personal bank accounts.

He siphoned so much wealth, Forbes Magazine had to remove many wealthy Saudis from its list of billionaires. Including prince al-Waleed bin Talal, the self-made billionaire Mohammad bin Salman could never measure up to him. One made himself, the other forced people to make him.

By the way, don’t be fooled when MbS called siphoning off billions as a “corruption purge”. It was not. What it was is a shakedown, pure and simple. Just as he did when much younger.

Who does that but an immoral barbarian devoid of any sense of decency?

This is how France24 described the circumstances surrounding the vile nature of Mohammad bin Salman’s daughter.

Hassa bint Salman is a daughter of King Salman… She stands accused of ordering her bodyguard Rani Saidi, who is also charged, to beat up the workman Ashraf Eid after he was seen taking a photo inside her home in September 2016.

Eid, who worked in the luxury apartment block, had been called in to repair a damaged basin and told investigators he needed the pictures taken with his phone to carry out the work.

France24 is a respectable news organization. For the outlet to use such harsh details to describe royalty goes to show you how barbaric are the children of King Salman. They have garnered a global reputation that would make any father proud. Very proud.

With the exception of those descendants from King Faysal bin Abdul Aziz and Prince Talal bin Abdul Aziz, the rest of the al-Saud family is mostly non-circumspect. The evil resides in the descendants of the Sudeiri seven in total control of the country, and the lurking Wahabbi royalty.

The Barbaric Children of King Salman