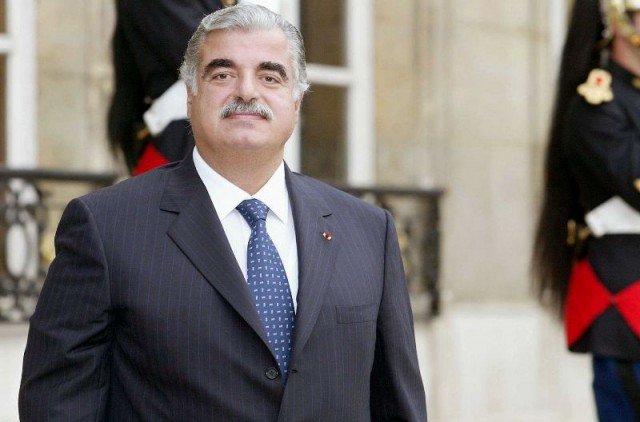 April 28, 2015 10:16 am 0
John Kerry Weaves His Exit
Israeli Incompetence at Waging the War of Information
While Assad Sits on $62B, He Rewards Veterans With Cans of Beans

For those who make claims Saudi Arabia supports terror should look at Saudi deeds and not the propaganda of Assad and Hezbollah. In Lebanon, Saudi Arabia supported the late Rafik Hariri, a moderate Sunni who worked tirelessly to re-build Lebanon after a devastating civil war.

In the same spirit, we at RPS believe Saudi Arabia will assist Syria by backing a moderate candidate able to rebuild Syria after Assad is gone. The alternative to Assad is another Rafik Hariri (May he rests in peace).

Rafik Hariri was a thorn in the Assad’s grand chaotic plans he harbored for Lebanon. Hariri constantly opposed his terror as he was attempting to build consensus and peaceful co-existence between all the sects ruling in Lebanon. Ask the minority members of the March 14 circle how inclusive and peaceful Hariri was. Assad could not stand his interference to stabilize Lebanon, so he had him killed with help from Hezbollah.

The new gains the Syrian rebels are making against the Assad regime give every Syrian hope the Assad family rule is ending. The fighting will continue until Assad is captured or killed. There is no way Syrians whose families perished before their eyes by Assad’s barrel bombs or Sarin gas are going to stop fighting until justice prevails.

Syria’s political system will end up resembling the successful system in Lebanon where all faiths and all political ideologies are represented in one form or another. It won’t happen, though, unless Syrians cleanse the system from all the violent pro-Assad elements who played key roles in the death and the destruction of Syria.

Compare what Saudi Arabia has done in Lebanon by supporting a moderate as compared to what Iran has done by supporting the terror of Hezbollah to get a sense of where Syria might be heading once Assad is defeated.

As for the non-Syrian Islamist elements fighting today, once Saudi Arabia starve them of cash and materials, they will leave the country to return to their homes where justice may await those who committed atrocities.

Assad Sitting Pretty Thanks to Our Stupidity
Thoughts on Carrots and Sticks
Syria Needs Its Own Rafik Hariri, Alternative to Assad
Syrian Democracy 30

Loading...
Newer Post
Out of sight but not out of mind
Older Post
Hariri Rejects Civil War Says Hizbullah Role in Syria Imported Terrorism to Lebanon