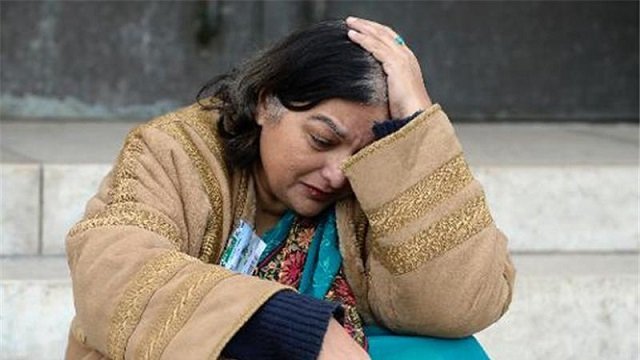 Syria’s humanitarian blackmail is a war crime, and its victims need our help

July 22, 2013 2:14 pm 0
Diplomacy in a World of Extreme Violence
Iranian General Was Killed by ISIS Near Aleppo
Turkey Shot Down a Russian Drone Around Aleppo

Source: The Globe and Mail – by Tamara Alrifai (Syria’s humanitarian blackmail is a war crime, and its victims need our help)

The recent battle of al-Qusayr, close to Syria’s border with Lebanon, could be a case study in future training courses on international humanitarian law and action. While fierce fighting raged between Syrian government forces supported by Hezbollah fighters and Syrian armed opposition groups, civilian residents found themselves under siege. While many civilians were able to flee to safety, the wounded and some civilians, and in particular men of fighting age, were unable to flee safely through government checkpoints.

Human Rights Watch received anguished cries from trusted activists on the ground seeking safe passage for residents trying desperately to flee. Yet for days, the Syrian government denied independent humanitarian organizations access to the town to deliver assistance and evacuate civilians and the wounded. Walid al-Mouallem, Syria’s foreign affairs minister, told the International Committee of the Red Cross it would be allowed to enter the besieged city only “after the fighting ends.” He was openly denying aid to the wounded and the stranded. And that violates international humanitarian law, which requires fighting forces to spare civilians and allow them rapid access to medical care and other humanitarian relief.

Some observers have described Syria as the “worst humanitarian crisis of the twenty-first century.” Continued fundraising campaigns by small and often newly formed aid groups that promise to deliver aid without detailing their plans suggest that the scale of the crisis greatly exceeds the amount of food and other aid available for distribution by international organizations able to work in Syria. While donors and humanitarian organizations continue to discuss how best to meet the escalating needs across the country, huge numbers of civilians remain trapped in combat zones, left to fend for themselves in areas where no help reaches them.

A key question in the international debate around relief to Syria’s civilians is whether aid groups should provide relief from neighboring countries into rebel-held areas. If they do, the Syrian government is likely to expel them from Damascus and other areas it controls. And without Syrian government consent, humanitarian relief efforts in opposition areas could come under attack by government forces.

This fear, as well as concerns over the legality of operations across borders without government consent, has hamstrung the major UN relief agencies in opposition-controlled areas. UN agencies have reached opposition areas only through circuitous “cross-line” operations, in which convoys have needed to traverse dozens of checkpoints and travel hundreds of miles from Damascus to reach areas more easily accessible from Turkey or Jordan.

The Syrian government should end its humanitarian blackmail. It should be held accountable for denying aid to civilians trapped in the conflict, a violation of the laws of war. A United Nations Security Council referral of the situation in Syria to the International Criminal Court would allow these war crimes to be addressed.

The Geneva Conventions require all parties to the conflict to allow and facilitate rapid and unimpeded passage of impartial humanitarian relief to civilians and the wounded.

Humanitarian organizations should be able to conduct their operations transparently throughout Syria — including assisting non-combatants and combatants placed “hors de combat” because of sickness, wounds, or detention.

The Security Council should certainly be more vocal about the imperative to provide access to those in need of basic civilian necessities. Sadly, Russia has stood in the way. UN agencies could take additional steps to address this crisis as well.

Relief providers herald the occasions when they successfully reach opposition-held areas, as the ICRC did in June when it reported that it had delivered life-saving surgical equipment “to a hospital in an area controlled by the armed opposition in eastern Aleppo” and other medical supplies to hospitals in Jaramana and Bludan, outside of Damascus. But relief providers might also want to be vocal about the government’s restrictions on delivering crucial aid to populations they could easily reach, as the ICRC did recently about the government’s ongoing siege of neighborhoods in the governorate of Homs.

Likewise, when humanitarian organizations are unable to plan a cross-line relief operation because armed oppositions groups refuse to facilitate it, they should speak out. The situation in Aleppo governorate today, with armed opposition groups reportedly besieging entire towns and preventing the passage of food, should be condemned. All parties to a conflict are required to help provide access to civilians and victims.

Although the UN is not itself delivering relief across borders, it has scaled up efforts to support relief agencies that are supplying this vital aid, and should continue to do so. At the same time, the UN should weigh the cost-benefit calculation of their decision to work exclusively through Damascus at the expense of accessing rebel-held areas from Turkey and Jordan.

Donors need to understand that they need creative and multifaceted plans to meet the needs of people in all parts of Syria. They should be open to letting various organizations work as their own mandates stipulate, and equip them with the resources they need to get the aid through, by whatever means of access they consider suitable.

Syria’s humanitarian blackmail is a war crime, and its victims need our help