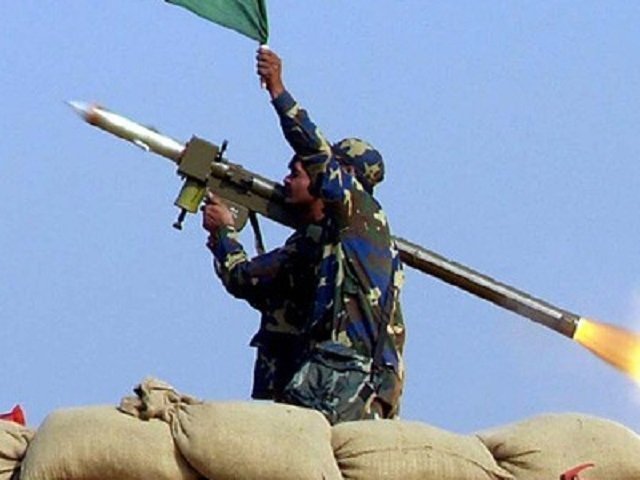 Rebels shot down a Syrian government warplane over western Syria on Saturday, rebels and a military source said, although there were conflicting accounts on whether it had been brought down by a missile or anti-aircraft guns. Have Syrian rebels acquired anti-aircraft missiles?

The Syrian military source said militants had targeted a warplane while it was landing in Hama province, bringing it down, and calling the attack a breach of a “cessation of hostilities” agreement.

A rebel group operating in the area, Jaish al-Nasr, said it had brought down the jet with anti-aircraft guns. Reliable activists on the ground, however, said a rebel group had brought down the jet with two heat-seeking missiles. Have Syrian rebels acquired anti-aircraft missiles? If so, it will change the dynamics in the five-year old Syrian civil war.

They have called on their foreign backers including Saudi Arabia to supply them with anti-aircraft missiles to confront Syrian and Russian warplanes. But they say these weapons have so far not been provided, reflecting concerns that they could end up in the hands of groups such as Islamic State.

However, Saudi Arabia may have provided the heat-seeking missiles ahead of the peace negotiations in Geneva to send a signal to the Assad regime that Russia cannot help Assad anymore for long. Saudi Arabia has been calling for the removal of Baschar al-Assad by force if necessary.

Assad sparked the Syrian civil war, which began with peaceful protesters marching against the terror and the tyranny of his regime. According to the latest and most accurate figures published by TIME Magazine, in five years, the war has cost the lives of 470,000 Syrians most of whom were Sunni Muslims attacked viciously by Assad, Iran, and Hezbollah.