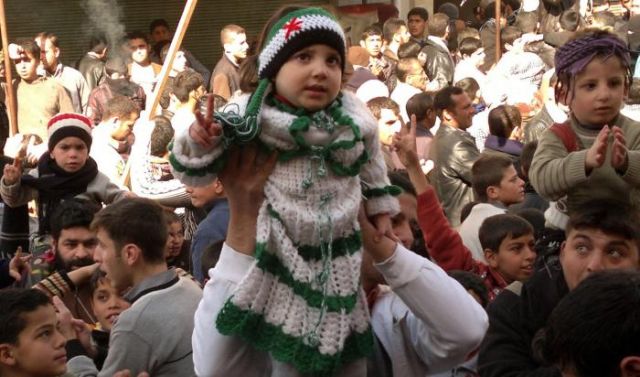 June 17, 2015 2:26 pm 0
Obama’s Hate for Israel II
How Obama’s Iran Deal Pushed Best Ally Israel Towards Russia
While we were dreaming of ISIS

There is no better incident to highlight than the one when Israel lobbied the U.S. President to forego his threat to strike the Assad regime in return for the regime to relinquish its sarin and VX stockpiles to show how important it is for the Syrian opposition to build relations with Israel today.

This purist act, by Israel, of defending one’s self-interests first is but one example why it has been difficult to defeat the Assad regime. The Syrian opposition, disengaged from Israel, with the exception of secret meetings here and there, shows just how much of an uphill battle the Syrian opposition has to overcome for its lack of foresight.

Had the opposition publicly negotiated the terms of disposal of these chemical weapons with Israel, right after the August 2013 sarin gas attack, Israel might have decided to play a more patient game and let the U.S. bomb Assad and his regime.

Relations between the Syrian opposition and Israel can no longer be secretive, taking place behind closed doors in some fancy hotel in Berlin or Geneva. They must be open, transparent, and with one purpose in mind: How can the next Syrian Government propagate an atmosphere of trust and understanding with its neighbor to the south without compromising its own national interests? You will be amazed to discover how easy it is to achieve this goal with little effort and much sincerity.

The Assad regime has been playing the Syrian people for fools for a long time. Assad has its own patronage system with people who visit Israel, contact Israeli diplomats overseas, and engage with the Israeli society rather easily. Yet, no Syrian oppositionist is able to create the same system for fear the opposition might be labeled as treacherous by none other than Assad and his cronies. As such, no Syrian opposition is willing to take that risk.

However, because Israel has the capacity to lobby the U.S. effectively, only the Syrian people are harmed when we treat Israel as an enemy instead of a potential friend who can help us achieve common goals. No place for such shortsightedness anymore. It is harming Syria and the Syrian people.

Having said that, it is safe to point out that negotiating the disposal of Assad’s chemical weapons was not the best of moments for this Israeli Government. Trusting a dishonorable man like Assad is foolish at best. Not striking Assad also helped Iran, an arch enemy of Israel. The calculated costs of such act of foolishness are adding up every day Iran entrenches itself into Syria and controls its society. Has it occurred to anyone that Iran could easily replenish the sarin and VX gas stockpiles on Assad’s behalf?

The Syrian opposition must build relations with Israel today by dispatching a high-level delegation to negotiate such easy matters as how to limit or eradicate Iranian influence in Syria, how to dispose of all chemical and nuclear programs, and how to defeat Hezbollah, ISIS, and all extremists and prevent any extremist from control of any key government branches once a new government takes over.

Leave the difficult questions such as the fate of the Golan Heights for later negotiations.

The Syrian opposition would be surprised, if it had the courage to appease the Israelis and to find common ground for peaceful co-existence, how easy it would be to defeat the Assad regime then.

Until then, do not blame the Israelis for looking after their own self-interests first. Even if some of their acts look foolish to some of us.