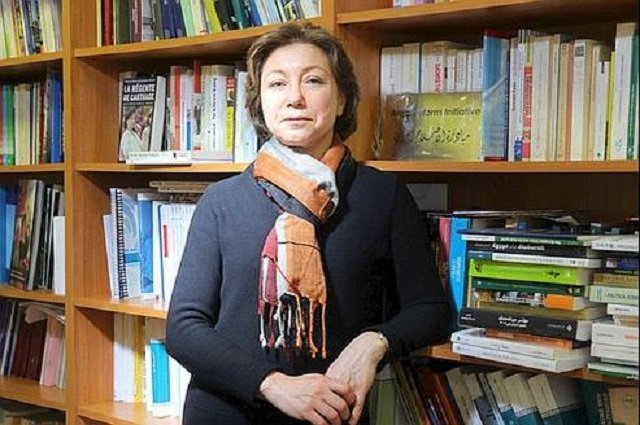 April 3, 2016 9:16 pm 0
Under Obama, Iran Commands US Navy
Obama is But a Charismatic Community Organizer
Are Assad and Hezbollah Terrorizing Lebanon Again?

On Sunday, a Syrian opposition figure criticized perceived “American ambiguity” on the future of the psychotic Baschar al-Assad and urged Washington to confirm he will not be “rehabilitated” in a future government. The Syrian opposition mistrusts Barack Obama’s real motives.

“We have American ambiguity that is very damaging for us.”

The committee has rejected Assad’s demand for any transitional government to include his regime as Syria struggles to emerge from five years of civil war.

But Kodmani said the committee wanted confirmation of that stance two days after high level U.S.-Russian discussions on ways of strengthening a fragile ceasefire.

The Syrian opposition mistrusts Barack Obama’s real motives when it come to the Assad regime. For five years, Obama has been known to say the opposite of what he means when it comes to Syria.

“We don’t know what the United States are discussing with Moscow. We are awaiting confirmation that the USA are maintaining their position to refuse to rehabilitate Assad.”

Kodmani stressed “Assad’s departure must be negotiated. The end of the regime must be a controlled, not a chaotic, transition operation.”

But she warned that if Moscow “continues to think Assad should continue to govern then we shall not have a solution in Syria. He cannot remain in power.

“The opposition’s position is clear — negotiation will occur while Assad is still in power, but the transition cannot happen with him.”

U.N. special envoy Staffan de Mistura is seeking fresh peace talks to start next week in Geneva on ending a conflict that has killed more than 470,000 dead with a transitional government being formed in six months to draft a new constitution ahead of presidential elections in 18 months time.