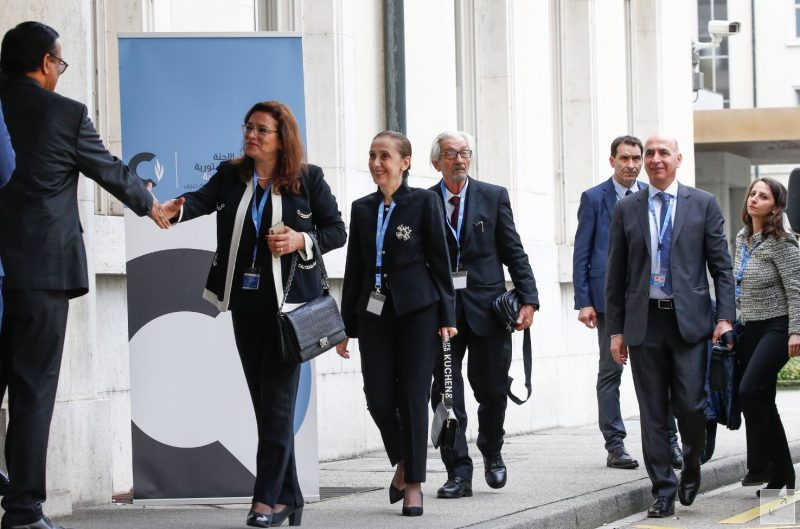 The Syrian opposition demanded justice and peace on Wednesday at the opening of a U.N.-backed panel meant to usher in reconciliation after almost 9 years of civil war. The murderous Assad regime was more concerned with Turkish incursion to establish a safe zone than peace and justice. Assad has jammed his prisons with innocent Syrians opposed to his oppression.

The first meeting of Syria’s Constitutional Committee, composed of government and opposition members as well as civil society, is a step forward in what the United Nations says will be a long road to political rapprochement. Many outsiders see it as Assad controlling the opposition with help from the United Nations; thus creating false expectations for its raison d’être.

Experts (i.e. false expectations) question whether Assad will be willing to cede much in any negotiations.

It is time for us to believe that victory in Syria is achieving justice and peace, not winning the war. The memory of 1 million victims must guide us out of this dark tunnel. The aspirations of millions of Syrians to go back to their homeland and find their loved ones must be our compass.

Government and opposition delegations sat stony-faced opposite each other in a gilded hall at the United Nations’ European headquarters in Geneva. U.N. Special Envoy Geir Pedersen convened the whole affair with the backing of major powers.

The 150-member committee is designed to pave the way for political reform and free and fair, U.N.-supervised elections in Syria.

The government, Syrian opposition and civil society groups each have 50 members serving on the panel. Each delegation includes Kurds, but there is no representation from the SDF militia or its main Kurdish YPG component.

A sub-group of 45 will be responsible for drafting a new constitution.

Turkey, which supports anti-Assad rebels, has joined Iran and Russia, the Syrian president’s main backers, in claiming credit for the initiative. The United States, Britain and France also worked in the past year to convene the talks.

Syrians no longer believe in fairy tales. Or sweet western words and lack of action anymore. Assad crushed the Syrian people while the West watched from the sidelines.