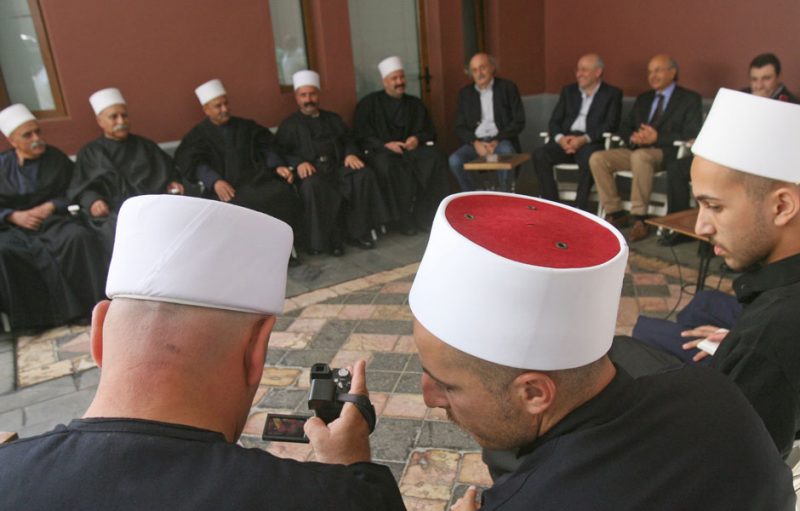 November 21, 2018 8:28 am 0
Intelligence Suggests that Putin Controls the Assad Billions
Asma Honey, Where is The Money?
Assad New Syrian Army is a Mirage

Nearly eight years into the Syrian war, Selim still refuses to perform his military service. Just like many fellow Druze from Sweida province rejecting the regime’s conscription call. In effect, Syrian minorities are refusing to serve in Assad army.

The 27-year-old, who gave a pseudonym for fear of reprisals. told AFP:

The Sweida region is the Syrian heartland of the country’s Druze minority. The Druze community, spread between Syria, Lebanon, and Israel number around one million. They adhere to a secretive form of moderate Islam.

After the anti-government protests that sparked Syria’s war in 2011, the Druze obtained a de facto exemption from military service; in return for their tacit support of the regime.

Last week however, Chemical Assad urged the minority, which accounted for around 3% Syria’s pre-war population, to send its young men to the army. Yet, the Druze Syrian minorities are refusing to serve in Assad army.

After rotating out some very long-serving conscripts, the regime is looking for fresh blood to beef up its ranks. The regime also wants to exercise real control over the swathes of land south of Damascus.

Assad’s appeal came after the government helped release, earlier this month, a large group of Druze civilians. The Islamic State kidnapped them from Sweida.

His call appeared to terminate a deal whereby the Druze were allowed to organize their own militia rather than serve in the army; however, its implementation could prove tricky.

THE ARMY IS YOUR GRAVE

“The army is your grave,” said Selim. He explained that conscription during war means recruits may never return home.

To be on the safe side, Selim never leaves Sweida. The province in southern Syria borders Jordan. Assad security services have a limited presence.

Young Druze men have, in recent years, enlisted in local militia to protect their region from jihadists and Assad meddling.

In July, Selim was among hundreds of other residents who took up arms to pin back IS after a series of attacks that left at least 260 people dead.

During the assault, the deadliest to have hit the Druze community since the start of the war, the jihadists kidnapped about 30 people, mainly women and children.

The last of the surviving hostages were released on November 8. After which Assad demanded that the Druze contribute to the national war effort.

“The regime is trying to tell us: it’s Daesh or the military service,” said Selim, using an acronym for the Islamic State group. Unlike the Christian Orthodox who were fed similar lies post March 2011, the Druze are not buying into Assad fear mongering.

Khattar Abu Diab, a Paris-based professor of political science and a specialist in Druze affairs, said Assad was attempting to intimidate the minority.

He wants to use the residents of Sweida as cannon fodder for future battles.

This is mainly why the Druze Syrian minorities are refusing to serve in Assad army.

Sweida was mostly spared by the deadly Syrian conflict and only faced sporadic jihadist attacks they managed to repel.

In 2014, residents besieged detention centers to release men Assad has rounded up to join the army.

Some residents see a deliberate government effort to maintain a level of chaos in the province.

“The regime uses other means to punish Sweida: the Islamic State instead of barrel bombs, crime and disorder instead of arrests,” activist Hamam al-Khatib said.

According to the Britain-based Syrian Observatory for Human Rights war monitor, around 30,000 Druze men are liable for military service.

IS fighters who had been holding out in the volcanic area of Tulul al-Safa, between Damascus and Sweida, finally retreated last week after heavy regime bombardment and a government-negotiated deal.

Regardless of any agreements struck in Damascus, Druze youngsters willing to serve in the national army are hard to find.

“The war just keeps going on … we are not killing machines,” said Uday al-Khatib, a 25-year-old Sweida resident.

“Yes, the Sweida youth don’t do military service, I’m one of them, but we are the ones who pushed back IS and the army didn’t help us,” he told AFP in a phone interview.