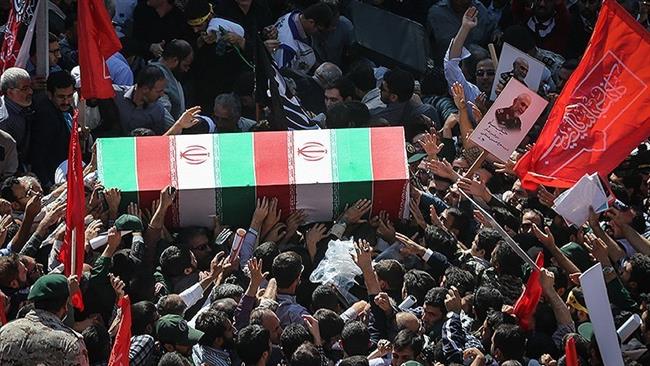 “Two guards forces, Abdollah Bagheri and Amin Karimi, were killed yesterday and today on a mission in Syria.”

Bagheri, 33, was former president Mahmoud Ahmadinejad’s personal bodyguard and was killed in the northern city of Aleppo.

General Sharif said five or six volunteers were also killed, according to the Youth Journalist Club, a state television website.

Shiite Iran is a key ally of Syria’s psychopath Baschar al-Assad, standing by him since an uprising against his regime broke out in 2011. Iran is mostly responsible for the ethnic cleansing of Syria of 4 million Sunnis about one million of whom headed to Europe.

Iran provides him with financial aid and military advisers against a range of opposing forces in a civil war that has that has killed more than 300,000 to include many pregnant Sunni women from Homs whose uteri were targeted by their snipers.

Deputy Foreign Minister Hossein Amir-Abdollahian said this week that Tehran has increased the number of its military advisers in Syria.

We say welcome to your Syrian graveyard.