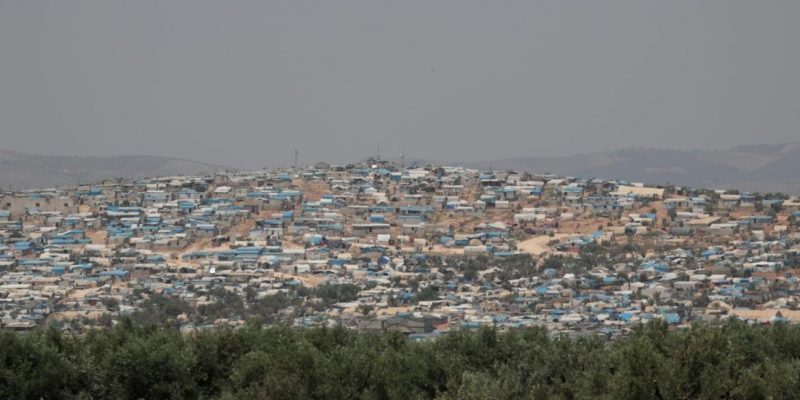 Mounting an attack against Syrian rebels, to include hardcore Islamists, the Syrian army drops gas on Islamists in Idlib, and still fails to retake Latakia mountain with its commanding position in a range in the coastal province of Latakia. The province is the ancestral home of the Assad family. The Syrian government troops were forced to withdraw.

The rebels said the army’s attempt was the latest of several costly campaigns to try to seize the Kubayna mountain. Last month, the Syrian army mounted an offensive with Russian air power to retake the main highways around Idlib.

The northwest represents the last big piece of territory held by rebels opposed to Assad. The coastal province of Latakia is home to the Assad family’s Alawite minority.

Whoever controls Kubayna ensures a large stretch of territory is effectively under their firing range. The regime wants it to protect its coastal villages from rebel fire.

An official from Tahrir al-Sham, the latest incarnation of al Qaeda, said the Assad regime used poison gas in the army’s attack on their position on the mountain slopes in an attempt to regain control.

The army denied that claim.

The rebels have used the mountain as a launching pad for drone attacks on the Russian base of Hmeimim.

The eviction of jihadists from commanding positions in the mountains would bring the army closer to securing parts of Idlib; as well as a main highway that connects the cities of Latakia and Aleppo.

The fighting has continued even after Russia agreed with Turkey to a 72 hour halt following an upsurge in violence in northwest Syria. The fighting has sparked an exodus of tens of thousands to the safety of border areas with Turkey.

Russia’s defense ministry confirmed on Sunday a “unilateral ceasefire” in the Idlib buffer zone. The Islamist rebels claimed it showed the failure by Moscow and the army after almost three weeks of intensive strikes to bring a rapid collapse in rebel lines.

“They are facing stiff resistance in areas that had fallen to the army,” said Hamoud. He added many of their fighters from a nearby territory protected by the Turkish army joined the front.

Later, residents and a rescue service said jets believed to be Russian conducted at least six raids on residential areas in the town of Kfr Nubl in southern Idlib in the first reported aerial strikes after a 48-hour lull.

The army has so far gained three significant areas. The last being the town of Hawayz on Friday after taking Qalaat al Madiq and the town of Kfar Naboudah.

Two senior Western diplomats following Syria say the aim appears to be to take control of the main cities of Maarat al-Numan and Khan Sheikhoun on the main highways in Idlib.

The campaign that began in earnest late last month has also killed dozens, destroyed hundreds of civilian homes, more than a dozen hospitals and food stores, according to opposition-based rescuers and Western aid agencies.