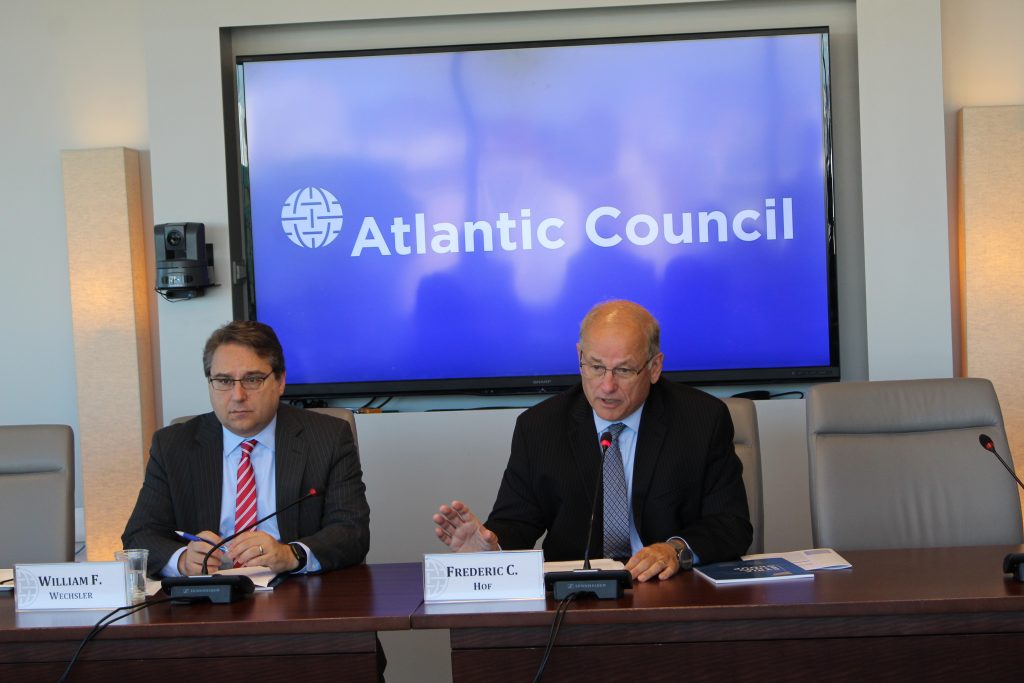 The Syria Study Group is a congressionally mandated body with the goal of making recommendation with regard to the Syrian Revolution and its impact on U.S. interests. On September 24, SSG issued its last report on Syria. Below is the Executive Summary of the Syria Study Group Final Report.

While the final report provides the recommendation most appropriate under the circumstances, no U.S. administration, be it that of President Obama or President Trump, whose any interest in taking the steps necessary to safeguard U.S. interests. Obama because of his Iran Deal and Trump because of his Russia business interests. Both Presidents failed their country and the Syrian people.

The Syrian Conflict and American Interests

From the conflict’s beginning in 2011 as a peaceful domestic uprising, experts warned that President Bashar al-Assad’s brutal response was likely to have serious, negative impacts on U.S. interests. Given Syria’s central location in the Middle East, its ruling regime’s ties to terrorist groups and to Iran, and the incompatibility of Assad’s authoritarian rule with the aspirations of the Syrian people, many worried about the conflict spilling over Syria’s borders. These concerns are now a reality. The Syrian conflict spawned a refugee crisis that has encumbered Syria’s neighbors and roiled European politics, strained U.S.-Turkish relations to the point of crisis, led to direct hostilities between Iran and Israel, provided a vector for Russia’s resurgence in the Middle East, and challenged international norms around weapons of mass destruction and the protection of civilians. Areas of Syria have become safe havens for al-Qaeda and its fellow travelers and home to the largest concentration of foreign terrorist fighters since Afghanistan in the 1990s. The conflict also fueled the rise of ISIS, prompting an ongoing U.S.-led military intervention. Eight years in, the conflict has not been meaningfully contained, nor has the United States been sheltered from its effects.

ASSAD HAS NOT WON THE WAR

Events on the ground disprove the narrative that the conflict has been won by the Assad regime. The Syrian war, far from ending, is entering a new phase. As of this writing, the Assad regime and its patron Russia are pressing an offensive against Idlib that could spur a new humanitarian catastrophe and outflow of refugees. Tensions are simmering between the Kurdish element that dominates the U.S.-trained Syrian Democratic Forces (SDF) in northeastern Syria and the Arab populace of some of the areas under SDF control. Turkey is positioning troops to invade northeastern Syria, which would divert the SDF away from the essential task of preventing ISIS’s resurgence. ISIS itself, down but not defeated, is already resurfacing as an retake territory in both Syria and Iraq. Iran and Israel, already locked in a low-level conflict in Syria, may escalate to open conflict, especially in the Golan Heights. The Assad regime and its partners may seek to cross the Euphrates River, which could in turn breathe life into the ISIS insurgency and allow Iran to consolidate its land routes from Iraq to Lebanon. All of these scenarios become more likely without U.S. forces in Syria and without committed U.S. leadership to avert these scenarios.

OBAMA MISSED THE ONLY WINDOW OF OPPORTUNITY

The Syria Study Group uncovered no easy solutions in Syria; optimal outcomes were left behind long ago. Yet the Group determined that the threats the conflict in Syria poses—of terrorism directed against the United States and its allies and partners; of an empowered Iran; of an aggrandized Russia; of large numbers of refugees, displaced persons, and other forms of humanitarian catastrophe; and of the erosion of international norms of war and the Western commitment to them—are sufficiently serious to merit a determined response from the United States. The United States and its allies retain tools to address those threats and the leverage to promote outcomes that are better for American interests than those that would prevail in the absence of U.S. engagement. Using those tools effectively, however, will require better alignment of ends and means—the former must be more realistic and the U.S. investment of the latter increased—as well as clear, consistent, and high-level political leadership. Sharp shifts and reversals in American policy, and the failure of senior U.S. government officials to prioritize the issue with their counterparts, have undermined American credibility and the effectiveness of U.S. policy.

Syrian Defector Pleads With US Lawmakers to Stop Assad Terror
Assad Foreign Backers Are All Terrorists
It’s The Proliferation, Stupid: The World Dodged a Bullet in Syria – Thanks to Israel
Syria News 1213 Syrian Revolution 1335 Western Appeasement 483