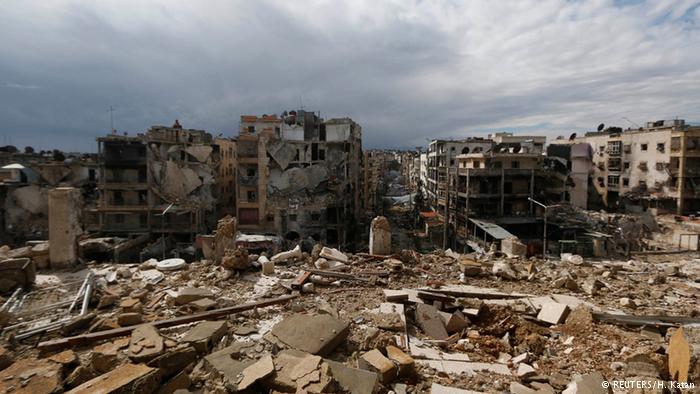 Syrian militants, including members of al-Qaida’s local branch, attacked a government intelligence center in the northern city of Aleppo, damaging much of the building by blowing up a tunnel under it, activists said Tuesday.

The Britain-based Syrian Observatory for Human Rights said the fighting killed 13 militants and killed and wounded more than 20 troops and pro-government gunmen. There was no immediate word from the government on the attack.

Rebels and members of al-Qaida’s Nusra Front have launched several past assaults on the Aleppo intelligence center, where dozens of detainees were once held. Activists say repeated attacks there forced the government move detainees elsewhere.

The group’s report said people near the sites of three attacks exhibited symptoms consistent with exposure to toxic chemicals, and gas canisters were among the barrel bomb remnants. It said witnesses also described a strong chlorine smell, though the group acknowledged it could not absolutely confirm chemical weapons were used.

Chlorine was first introduced as a chemical weapon in World War I with disastrous effects as gas masks were not widely available. While chlorine has many industrial and public uses, as a weapon it chokes victims to death.

Most nations banned its use in war in the Geneva Protocol of 1925. The government of Syrian President Bashar Assad has been accused repeatedly of using it in the civil war. Forces loyal to Assad have blamed rebels for such attacks.

Go Ahead President Obama, Make Jihadists in Syria
Assad must be dreaming he can glue Syria together
The Savages in Damascus
Radicalism 567 Syria News 1213 Syrian Revolution 1335