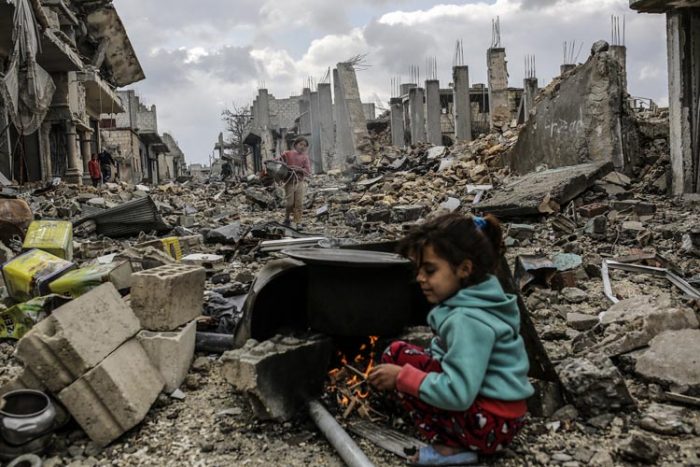 November 30, 2012 7:14 am 0
The Alawites of Syria Have Committed to Israel Destruction
In The Middle East, Democracy is the Real Enemy
The Future of the Alawites and the Orthodox Christians in Syria

Syria’s future has fallen prey to men of evil ruling Qatar. As the Assad regime collapse nears, Qatar is helping the Muslim Brotherhood (MB) define the new Syrian Transitional Government. The Qataris are imposing an internal constitution that would favor electing a leqader with a simple majority; something the MB has prepared for and has control over in the new National Coalition 60-member votes. Syria real war will start after Assad.

The new National Coalition is meeting in Cairo, as we write this, to draft that internal document.

What the Qataris are doing will not succeed, and here is a good example why it will not.

About a year ago, a Syrian named Ammar Dabikhi kidnapped 12 Alawites fighting for Assad. The MB has let it known their people were behind this kidnapping. Dabikhi was not pleased with this intentional weakening of his leadership in the affair. But instead of attacking the MB, he asked it to fund his operations. The MB did but in return for delivery of the kidnapped Alawites.

After receiving the funds, Dabikhi had some Ulemmas issue a Fatwa against release of the Alawites, which he has used as an excuse to maintain control. This relationship turned into an extortion scheme the MB cannot but supplement. The organization can ill-afford to lose face after announcing it was behind the kidnapping.

Why this story is important because it shows that even when the MB thinks it can control Syrians fighting, it really has no roots in Syria. That’s what 40 years of Assad did in uprooting the MB.

On another front, there are groups inside Syria the anti-Erdogan forces are helping to fight the MB. Some are tough fighters. Some have the power and the credibility to use Islam to defend against an onslaught by the MB. Even the small number of Salafists, who traditionally hate the MB because of its cooperation with Iran, will join the fighting against the MB.

Add the Kurdish element to include the secular Yazidis and the large tribal elements opposed traditionally to the MB and you can just imagine the witch’s stew the Qataris have concocted in Syria to keep Syrians fighting for a long time. Many Syrians see the MB as a tool of the Iranians and are not willing to let Iran have a say in Syrian affairs in the future. Some of that is based on the Sunnis vs. Shia war being waged today in Syria, but some is also a manifestation of residual anger over the killing of Syrian women and children by IRGC and Hezbollah terrorist snipers.

After Assad, the battle for Syria‘s soul will peg Muslims against Muslims, secularists against Islamists, and Syrians against Iranian hegemony.

Thanks to the al-Thani family ruling Qatar, Syria real war will start after Assad. Our problems are far from over.

Will Alawite Mothers Save Syria?
Why Assad Is So Violent? Because Sunnis Employed Alawite Maids
Has the US selected an Assad secret alternative?
Opinions 1017 Radicalism 567 Syrian Revolution 1335