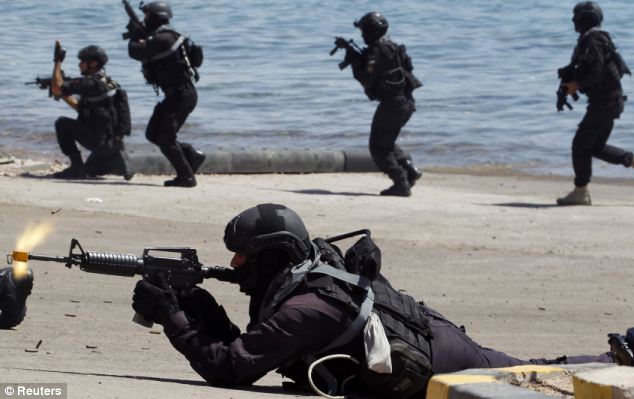 August 2, 2015 11:46 am 0
IRGC members avoiding service in Syria: report
How Islamism Grows in Syria
UN raises billions for Syria relief, and critics ask if it is helping Assad

Violence and extremism in Syria are rampant. The moderate voices have been drowned the moment Barack Obama refused to engage them in Syria and in Iran in favor of the Assad savagery and the Iranian terror both now entrenched in the region.

Our president prefers tyrants to dissidents, savages to civil organizations, extreme violent men to peace-minded activists. When you think about it, his real partners today are Iran, Cuba, and Venezuela. He treated Khamenei by sending him respectful letters while he disrespected our close ally Netanyahu.

He proved it in Iran when he ignored the rise of the anti-government Green Movement in June of 2009, and he proved it again in Syria when he starved the Free Syrian Army from any weapons to defend themselves with. Facts are facts and history has its ways to distill Obama’s spin from reality.

As long as Syria basks in extremism, the civil war will continue. Whether it is the extremists Ahrar al-Sham, ISIS, or Jabhat al-Nusra, Syria will never find peace when those stooges lead the war against Assad.

At one point the international community would have no choice but to facilitate an end to this war. Should we not ready ourselves by training a Syrian secret moderate force in a stable Arab country whose purpose one day would be to wrestle Syria from Assad, the Islamists and the fanatics?

We are not talking about Obama’s media circus with its failed attempt at raising an army to fight ISIS while he ignores the Assad atrocities. We are talking about a top secret effort to train moderate Free Syrian Army deserters who have quit fighting and have joined their families in refugee camps in Jordan and Lebanon as well as fighters from the south of Syria who remain loyal to moderate Islam.

We are talking about tribal fighters who have refused to join Assad and are either languishing in no man’s lands in Syria or joining ISIS out of ignorance. They too would join a secret moderate force if provided the opportunity.

The tribal system in Syria is tri-fold. There are tribes who are loyal to the Assad regime, those who are independent-minded and follow their roving border-less roots, and those who have migrated to suburbia to integrate into a better economy. Today, many anti-regime tribal youths are joining ISIS because there is no secret moderate force alternative to keep them focused on moderate behavior.

An effort to build a top secret moderate force sponsored by the moderate Arab countries in the region is a sensible goal. It would be a stabilizing force in the future for Syria, which will have direct positive effect on the overall stability in the region. The more we let the extremists, on both sides of Islam’s two branches, control the destiny of the region with their fanaticism and gained military experience, the less the chances are that the people of the region will ever find peace.

We must begin to think of ways to eradicate the fanatics after Obama leaves office. During his two-terms, Barack Obama’s policies produced ISIS, re-invigorated Iranian terror, and managed to give the Muslim Brotherhood no less than the White House as its podium.

By creating a secret moderate force, we would be creating a counter-strategy to roll back Obama’s deadly mistakes and faulty policies.