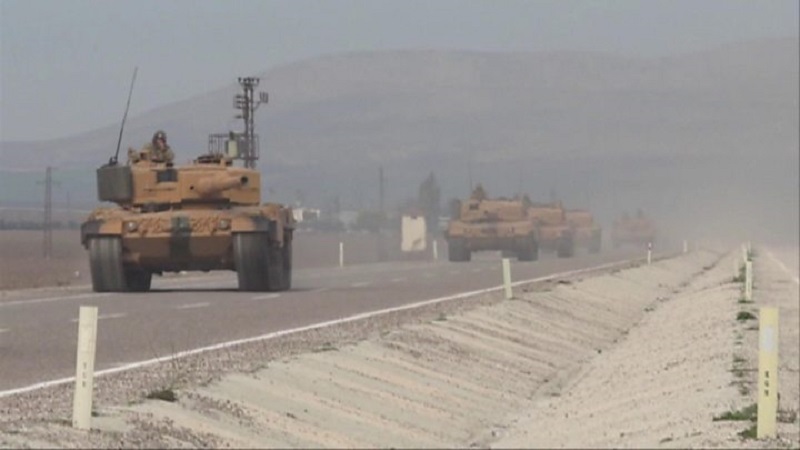 February 21, 2020 5:06 am 0
An Observation About the Dichotomy of Christians in the Levant
So Obama Can Negotiate With Iran, He Turned Syrians Into Radicals
Syrian Children Face Calamity in Nova Scotia

Turkish forces and Syrian rebels fought government troops in northwest Syria on Thursday and Russian warplanes struck back in a sharp escalation of an intense battle over the last rebel bastions, Russian and Turkish officials said. With this clash, Syria enters a new civil war phase where Turkish and Russian forces battle each other on Syrian soil.

The Turkish Defense Ministry said that Syrian government air strikes killed two of its soldiers and wounded five. This brings Turkish military fatalities to 15 this month in the Idlib region. It said more than 50 Syrian soldiers had been killed in retaliation.

Earlier, talks between Moscow and Ankara, who back different sides in Syria’s nine-year war, had failed to reach a compromise to ease the situation and head off a direct confrontation between them in Aleppo and Idlib provinces.

Assad troops backed by Russian forces have been battling since December to eradicate the last rebel strongholds in the region. Part of a nine-year Assad war on his people that killed over 600,000 Syrians. It also left much of the country in ruins. The offensive also has driven more than one million Syrian refuges towards its borders.

UNIMAGINABLE SUFFERING OF THE SYRIAN PEOPLE

In Geneva, the U.N. refugee chief called for a halt to the fighting to allow hundreds of thousands of trapped and destitute civilians to move to places of safety. Northern Syria usually experiences harsh winter conditions.

There was no end in sight to the misery of the nearly 1 million Syrians – most of them women and children – who have fled the fighting to seek sanctuary in the border area.

Families are sleeping outside by roads and in olive groves, burning garbage to stay warm. Some children have died from the cold. Some families have at least reached tent camps for displaced people.